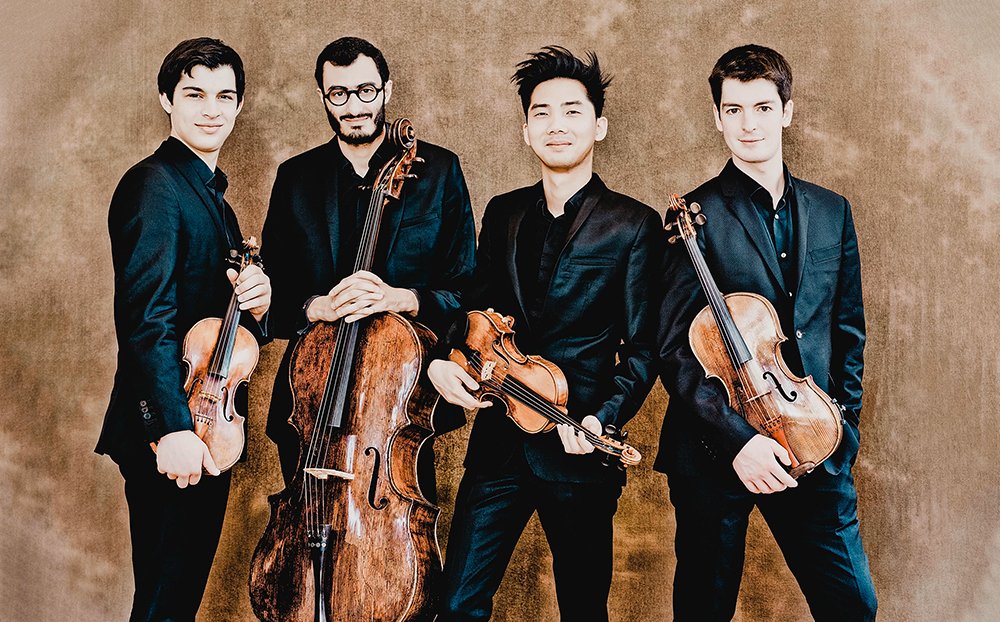 With all four members only in their twenties, the Paris-based Arod Quartet has already dazzled awestruck chamber-music lovers in concerts at such prestigious venues as the Auditorium of the Louvre in Paris and the Verbier Festival in Switzerland. The Arod quickly skyrocketed to international attention when they won the coveted First Prize of the 2016 ARD International Music Competition in Munich, having already taken First Prize at the Carl Nielsen Chamber Music Competition in Copenhagen. In April 2019 the Quartet undertook its American debut tour, which featured its inaugural Carnegie Hall performance – one of the only European chamber ensembles ever to make its Carnegie Hall debut on its first trip to the United States.