Come and be dazzled and catch some stardust!

Take a look at our stellar line up below and buy your season tickets now! 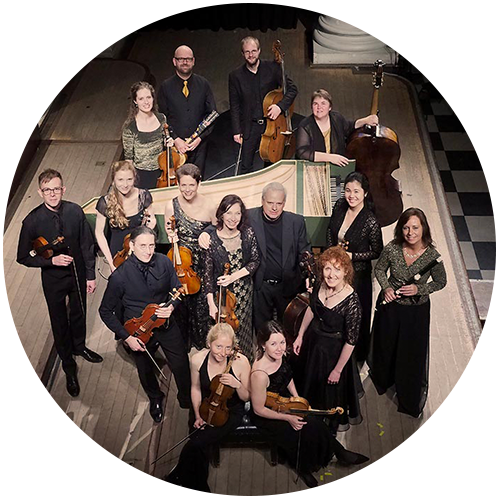 Named for the classical god of music, healing, and the sun, APOLLO’S FIRE is the international baroque orchestra based in Cleveland, Ohio. The GRAMMY–winning ensemble was founded by harpsichordist and conductor Jeannette Sorrell, to revive the baroque ideal that music should evoke the various Affekts or passions in the listener. Apollo’s Fire is hailed as “one of the pre–eminent period–instrument ensembles” (The Independent, London). It is renowned for its creative programming,  artistic spontaneity and technical excellence. 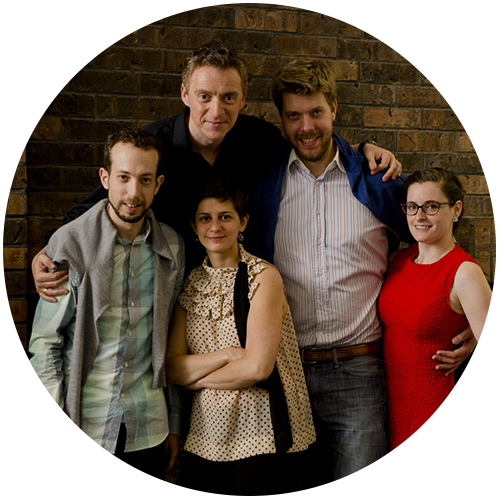 Distinguished by its virtuosity, probing musical insight, and impassioned, fiery performances, the Ariel Quartet has garnered critical praise worldwide over the span of nearly two decades.  Formed in Israel in 2000 when they were still teenagers, the Ariel Quartet went on to win the Grand Prize and Gold Medal at the 2006 Fischoff  National Chamber Music Competition, as well as the prestigious Cleveland Quartet Award in 2013. Joining them in this concert is their long-time friend Ilya Shterenberg – Principal Clarinetist of the San Antonio Symphony, who has been hailed by the press: “He possesses that miraculous gift of an innate musical sense…music seemed to flow toward the infinite, as if divinely ordained”. 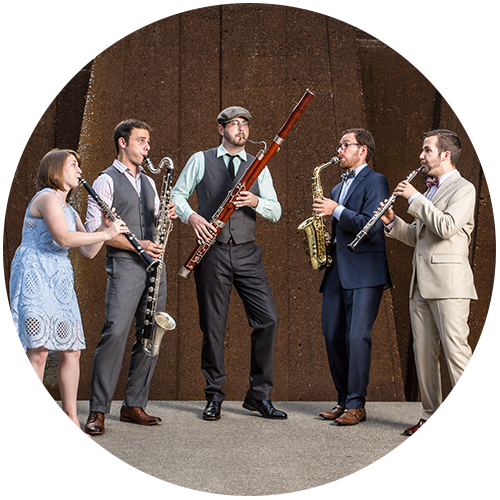 Now celebrating their 10th anniversary, the Akropolis Reed Quintet was founded in 2009 at the University of Michigan and is the first reed quintet in history to win a Fischoff Gold Medal (2014) as well as the Fischoff Educator Award. They were also awarded the Grand Prize at the Plowman and MTNA national competitions, and 6 national chamber music prizes in total. Hailed by Fanfare Magazine for their “imagination, infallible musicality, and huge vitality,” the San Francisco Chronicle dubbed Akropolis’ recent third album release, The Space Between Us, “pure gold.” 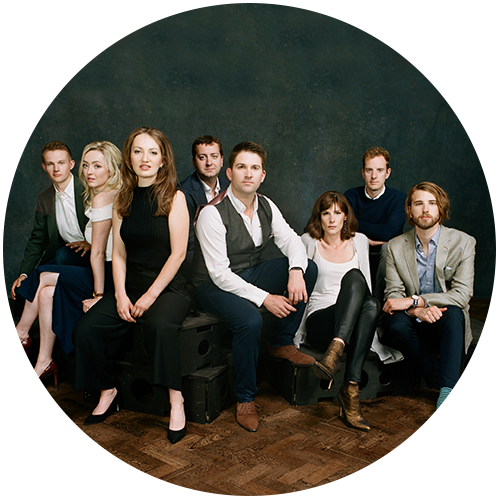 The inimitable British vocal ensemble VOCES8 is proud to inspire people through music and share the joy of singing. Touring globally, the group performs an extensive repertory both in its a cappella concerts and in collaborations with leading orchestras, conductors and soloists. Versatility and a celebration of diverse musical expression are central to the ensemble’s performance and education ethos. “The singing of VOCES8 is impeccable in its quality of tone and balance. They bring a new dimension to the word ‘ensemble’ with meticulous timing and tuning.” (Gramophone) 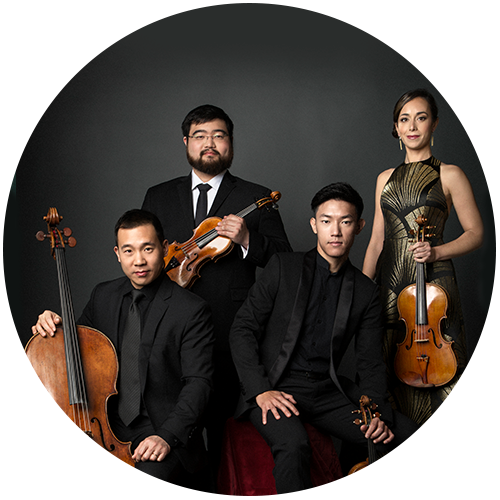 Inspiring performances, luminous sound, and exceptional musicianship are the hallmarks of the Grammy Award-winning Parker String Quartet. Renowned for its dynamic interpretations and polished, expansive colors, the group has rapidly distinguished itself as one of the preeminent ensembles of its generation. “..something extraordinary” (New York Times) “..exceptional virtuosity [and] imaginative interpretation” (The Washington Post).

Our 76th Star-Studded Season Is Here!

Our 76th Star-Studded Season is here! Be prepared to be dazzled on this new adventure: you will be amazed, intrigued, challenged, transported, charmed, moved, and uplifted! With each passing season, the performances get better and better. You won’t want to miss any of the fantastic concerts starting this October. Take a look at our stellar line up below and buy your season tickets now! 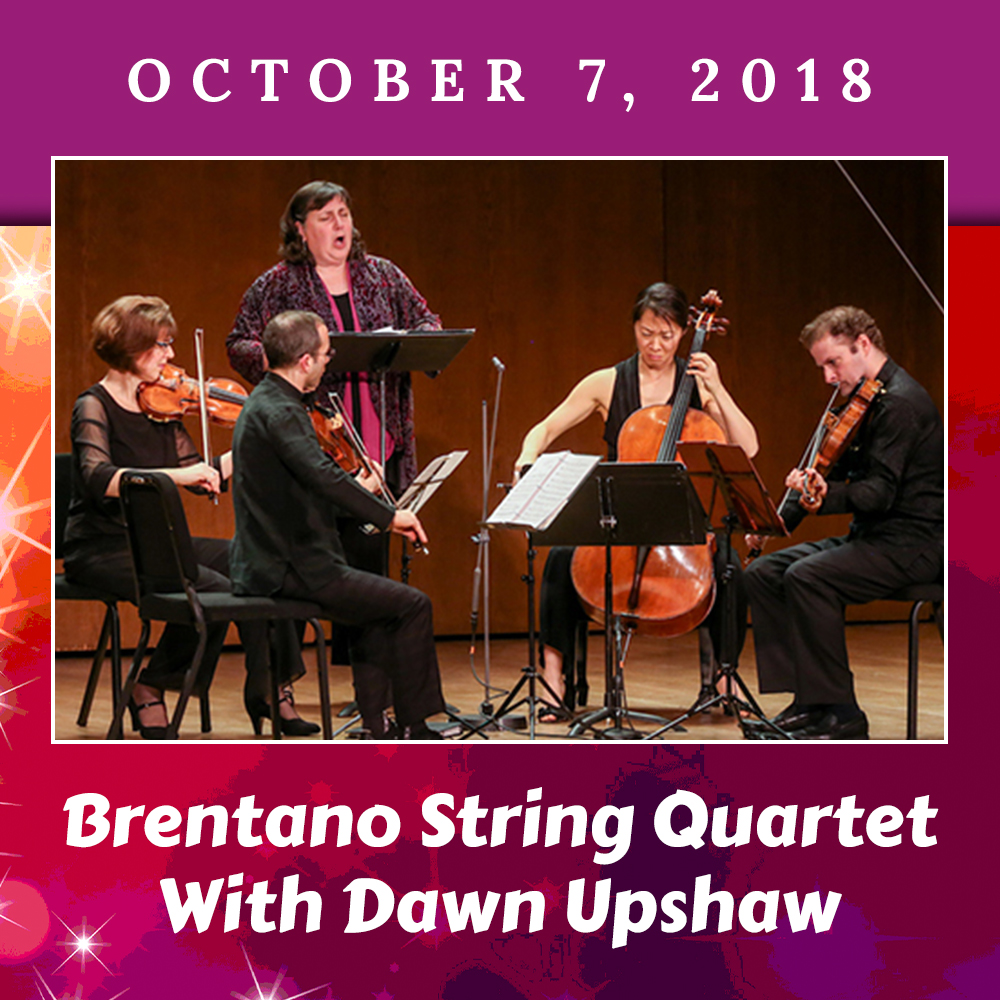 The exceptional and critically acclaimed Brentano Quartet, known for its adventurous spirit and imaginative programming, will collaborate with 5-time Grammy Award winner and beloved American soprano Dawn Upshaw, who will lend her incomparable voice to bring you a Sunday feast that probes the depths of human expression. 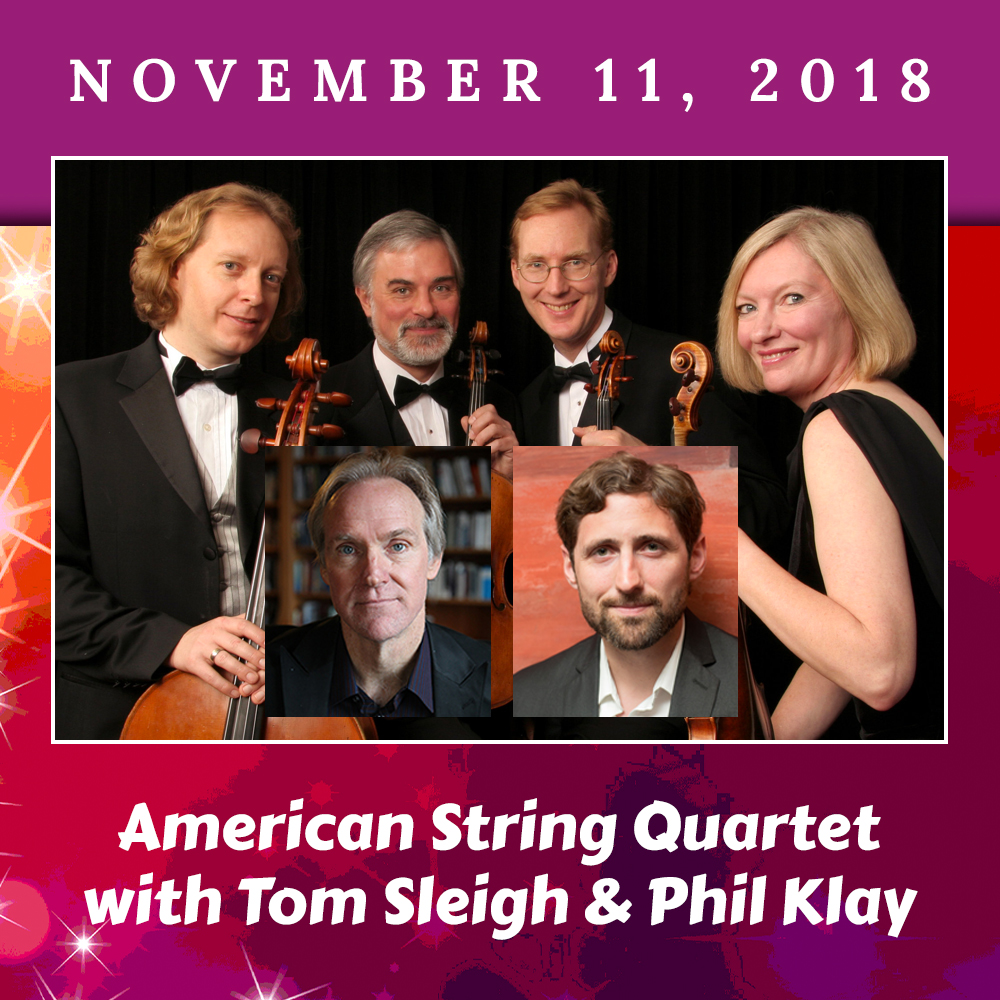 The American String Quartet is internationally recognized as one of the world’s finest quartets. Tom Sleigh is the author of ten books of poetry, including the award-winning Army Cats. Phil Klay is a veteran of the U.S. Marine Corps and is the author of an award-winning New York Times-bestselling short story collection.

Music expresses what words cannot, but in addressing the issues of war and healing, these artists will combine the powers of both in this special Veterans Day concert, titled ‘Lyric in Time of War’. 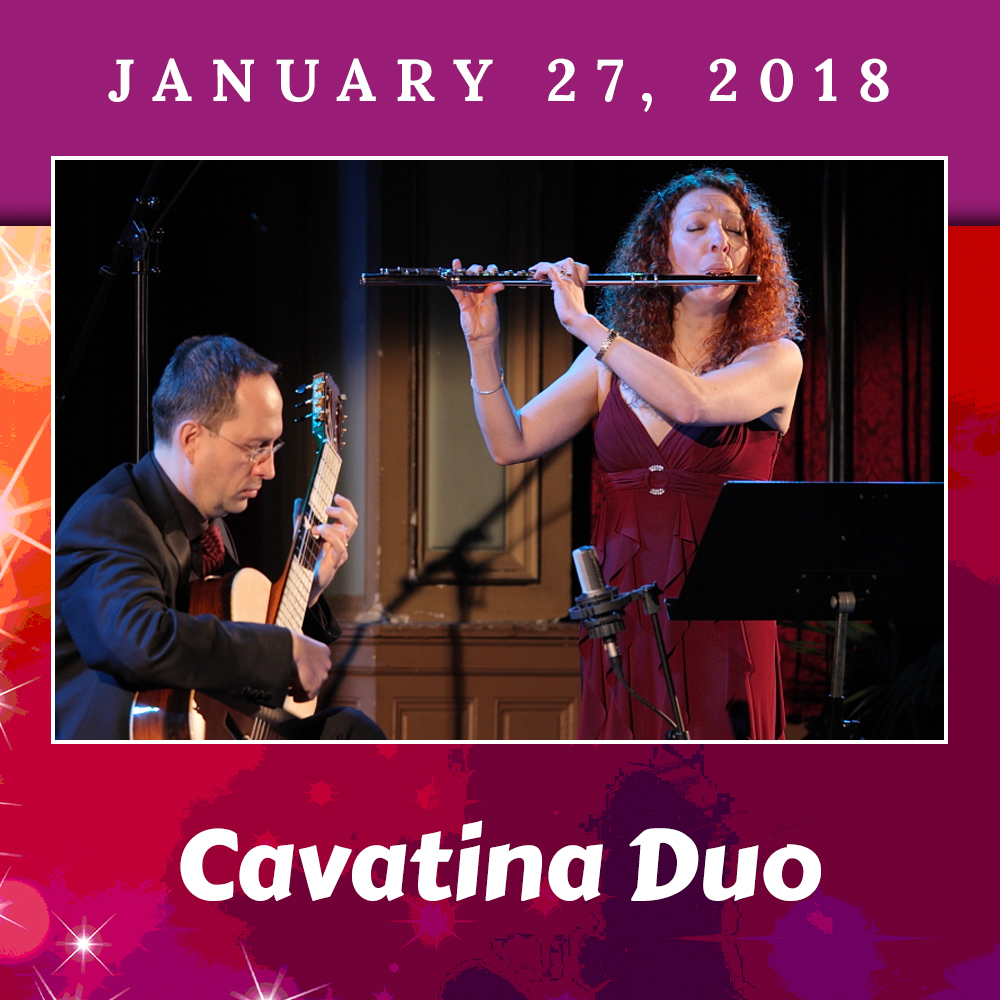 Dedicated soloists and chamber musicians, the Cavatina Duo breaks convention with their combination of instruments. Add to that their daring choices of varied and versatile repertoire, and the result is new sounds, colors and musical phrasings, which in return awakens a high level of emotion and audience response. These consummate artists will give the world premier of a special commission work by San Antonio composer Matthew Dunne in memory of the late San Antonio Symphony Principal Flute Tal Perkes. 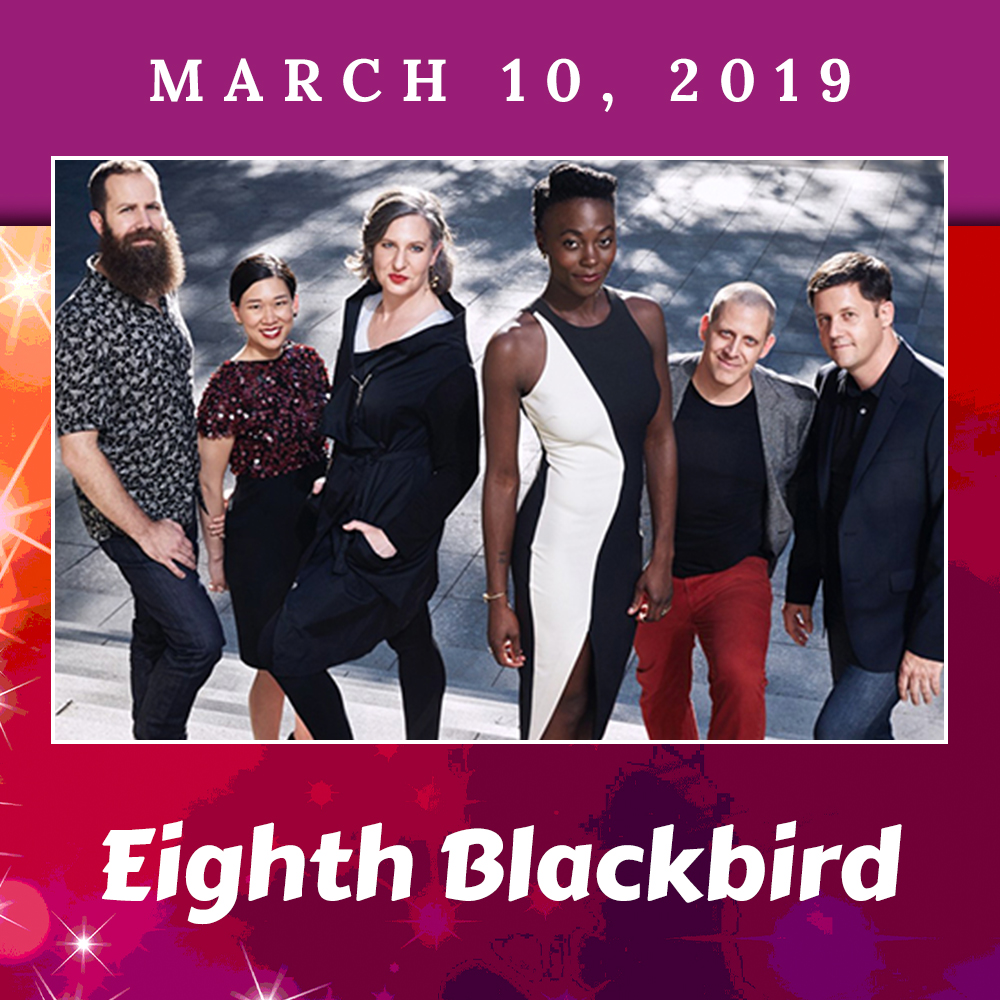 Eighth Blackbird is “one of the smartest, most dynamic contemporary classical ensembles on the planet” (Chicago Tribune). Launched by six entrepreneurial Oberlin Conservatory undergraduates in 1996, this Chicago-based super-group has earned its status as “a brand-name… defined by adventure, vibrancy and quality… known for performing from memory, employing choreography and collaborations with theater artists, lighting designers and even puppetry artists” (Detroit Free Press). 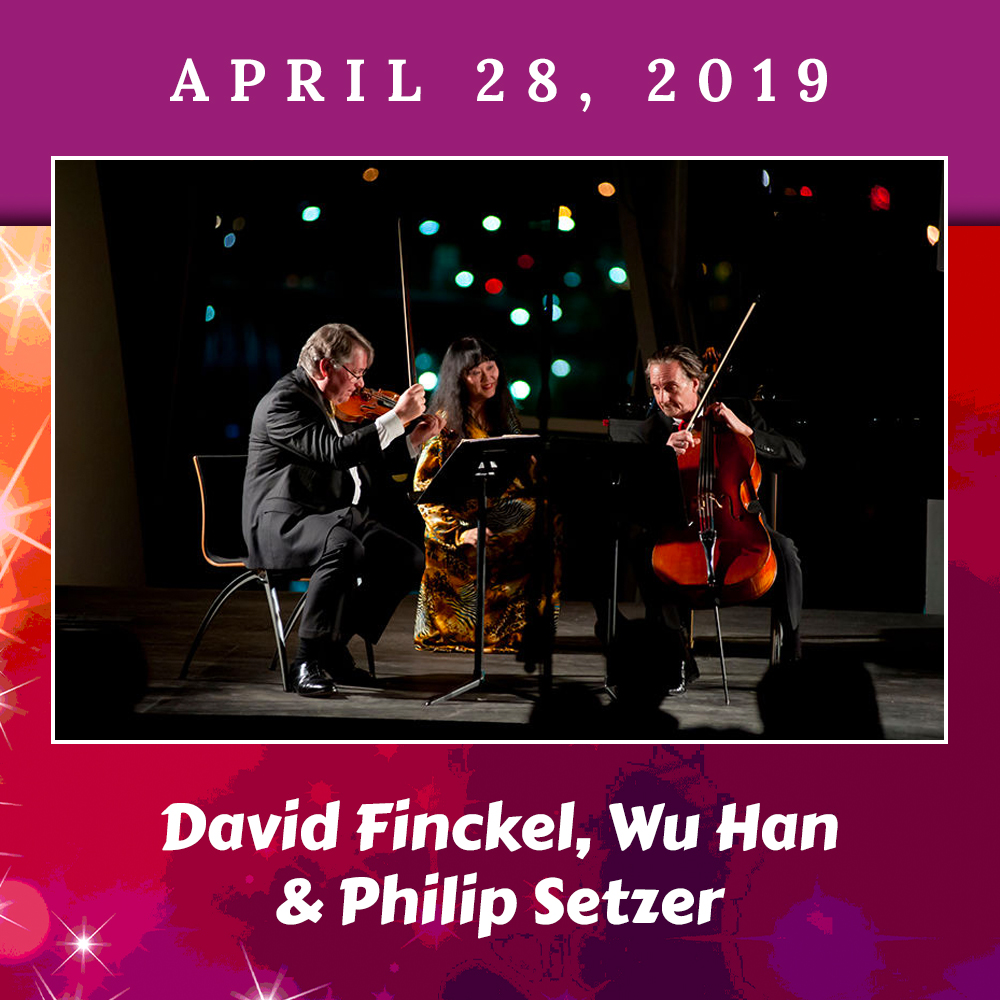 Called the ‘power couple of chamber music’ by the Wall Street Journal, David Finckel and Wu Han rank among the most dynamic of today’s classical artists. They are joined here by Emerson String Quartet founder, Philip Setzer, for an extraordinary collaboration that will both dazzle as well as mesmerize. Come witness chamber music playing at its best.

That’s more like it. Ladies and gentlemen and all the ships from Canyon to Woodlawn Lake, the San Antonio Chamber Music Society of San Antonio, Texas will soon open the curtain on a season unlike any in our 75 (yes, 75) years! You have enjoyed the music we have presented for many, many seasons, I hope, but this season’s programme (yes, it deserves the double-m and the e) is the best yet. Hang onto your hats, get out your credit cards and calendars and order your tickets for this diamond jubilee season.

During their two decades of stellar performances, the Pacifica has earned its international stature with its virtuosity and style.  We have had the pleasure of their company in past seasons and are delighted to welcome them back.   Performing with them is the incomparable Sharon Isbin,  often called “the Monet of classical guitar”,  multiple Grammy Award winner and founding director of the Classical Guitar Department at Juilliard.  This will be an opening concert to remember! 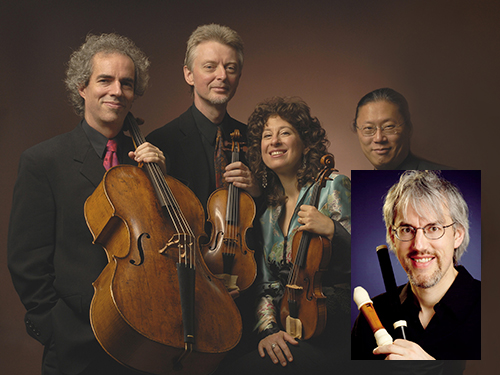 Bearing the name of French Baroque composer, Jean-Féry Rebel, this quartet began in the Netherlands and has performed in every corner of the world since then.  They are known and admired for their interpretations of 17th and 18th Century music performed on period instruments.  Matthias Maute is a virtuoso performer, conductor and composer who won a JUNO Award in the category of year’s best classical music. This concert promises Baroque music at its finest. 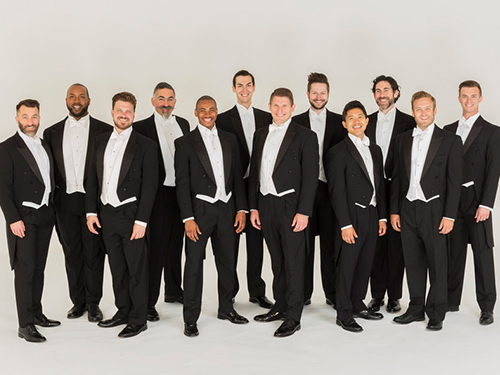 Twelve incredible male voices comprise the “world’s reigning men’s chorus” (according to The New Yorker).  They’ve won Grammys, they’ve traveled the world and they consistently delight audiences with their seamless blends and original interpretations of the classical genre.  We thoroughly enjoyed their dazzling performance a few years ago, as they quite literally filled the house with song.  Chanticleer founder Louis A. Botto was born in Texas and was a graduate of Incarnate Word College here in San Antonio. In the early 1970’s he was the director of the First Repertory Company of San Antonio. We look forward to having  Chanticleer in our midst to celebrate San Antonio’s Tricentennial. 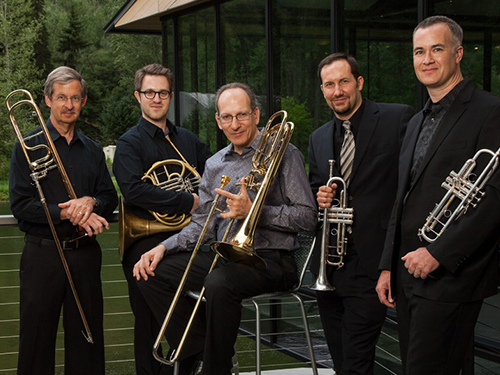 Five remarkable musicians, two trumpets, a horn, a trombone and a bass trombone combine to form a glorious sound.  They have premiered – premiered – more than 150 contemporary brass works and won Chamber Music America’s highest award in the process.  They have been in residence at the Juilliard since 1987, and at Aspen Music Festival since 1970.  They definitely know how to polish brass to a gleaming, lustrous brilliance. To make this concert extra special – San Antonio Chamber Music Society, as a partner in SA300, the Tricentennial celebration of our city, have commissioned beloved San Antonio composer James Balentine to write a special work for this auspicious occasion. Be there to hear this gift from SACMS to you,  San Antonio! 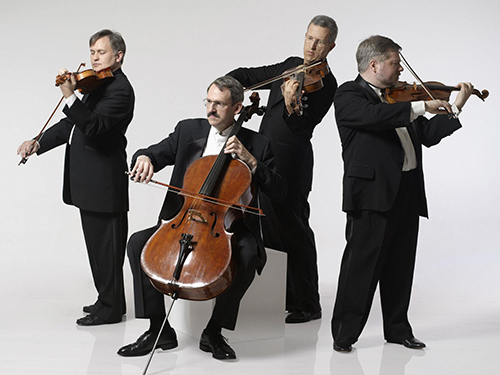 Closing out a season you’ll wish could last forever, our dear friends, the Orion.  The Quartet in Residence at Lincoln Center, the Orion is known for standing ovation evoking performances.  They are famous  for the diversity of their programs, their blending of classical and contemporary – and the devotion of their fans (count us in!).  You can plan on an afternoon of textures, surprises and just beautiful sounds.  (Note:  this concert will be at Laurel Heights United Methodist Church, 227 W. Woodlawn at Belknap Place.)

Are you ready to celebrate with us our Diamond Jubilee?  This San Antonio Chamber Music Society season will be extraordinary, over the top, fabulous, gorgeous – where’s my Roget’s when I need it?  But you get the picture, so get your tickets, better yet, get a season subscription because you won’t want to miss even one of these concerts.  Tickets are always available here at sacms.org,  or drop us a check at San Antonio Chamber Music Society, PO Box 12702, San Antonio, TX 78212.  And don’t forget – students and active duty military are admitted free to all concerts.

Join Us For A Spectacular 74th Season!

SACMS continues to bring to San Antonio world-class chamber music season after season for your enjoyment. Our 74rd Season opens October 23, 2016, and we cannot wait for you to join us for five amazing performances that are sure to delight and enthrall! Get your tickets now, and skip the lines at the door on concert day. 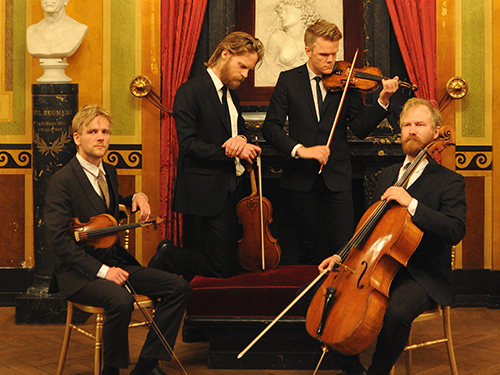 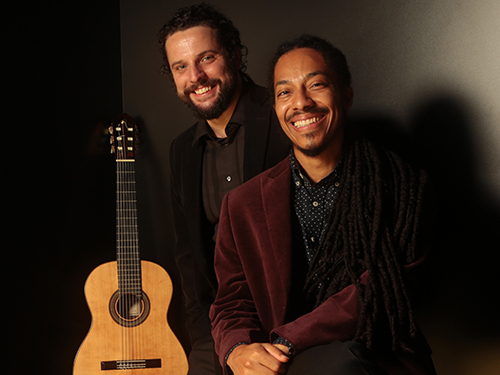 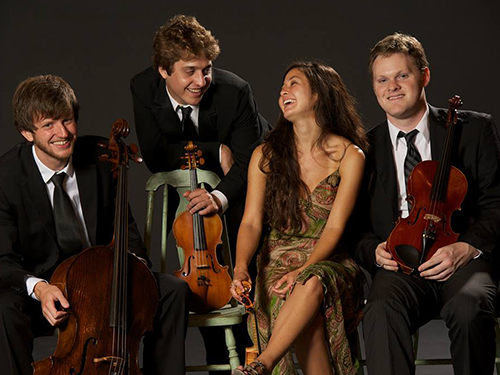 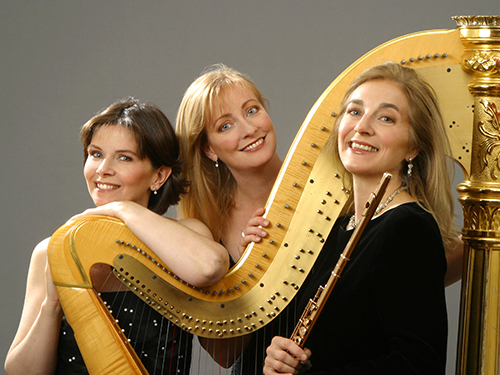 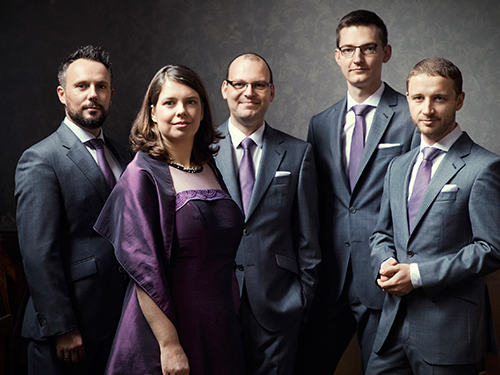 Buy a Season Subscription and get bonus tickets!

Plus, tickets are interchangeable.
That’s right, Season Subscription tickets are good for any SACMS concert!

The San Antonio Chamber Music Society has been bringing world-class music to San Antonio for over 70 years, and we are not stopping now. Our 73rd Season opens October 11, 2015, and we cannot wait for you to join us for 5 amazing concerts that are sure to delight and enthrall! Get your tickets here now, and skip the lines at the door on concert day.

Check out the programs below to see what we have in store for you! 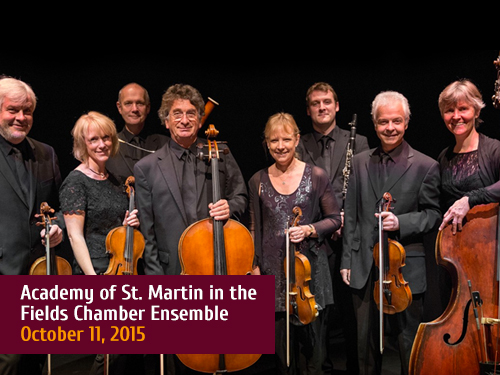 Academy of St. Martin in the Fields Chamber Ensemble 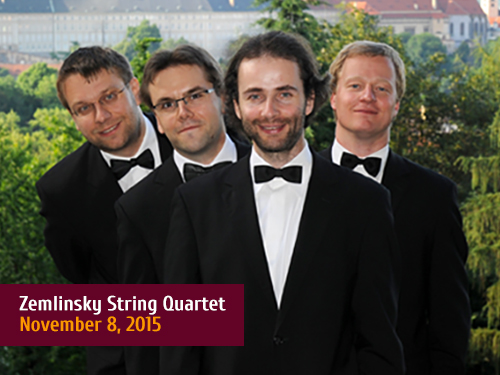 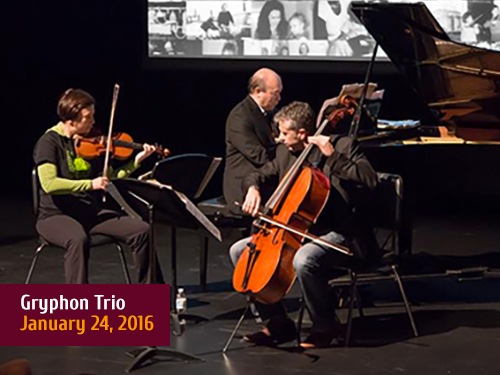 RAVEL Trio in a minor 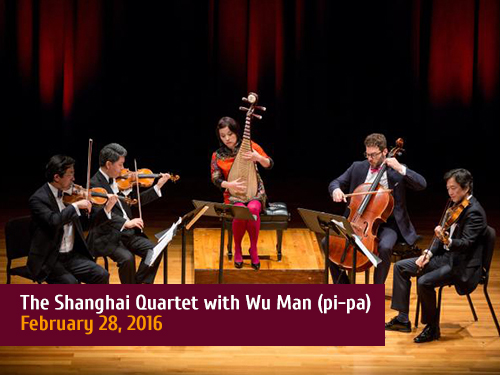 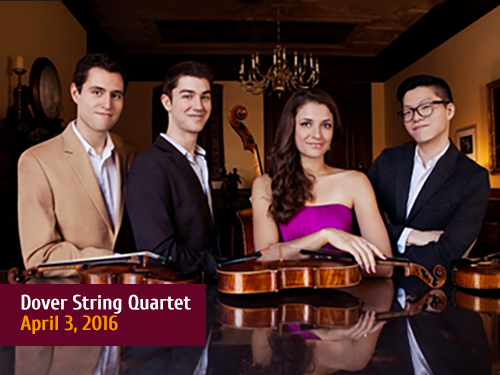