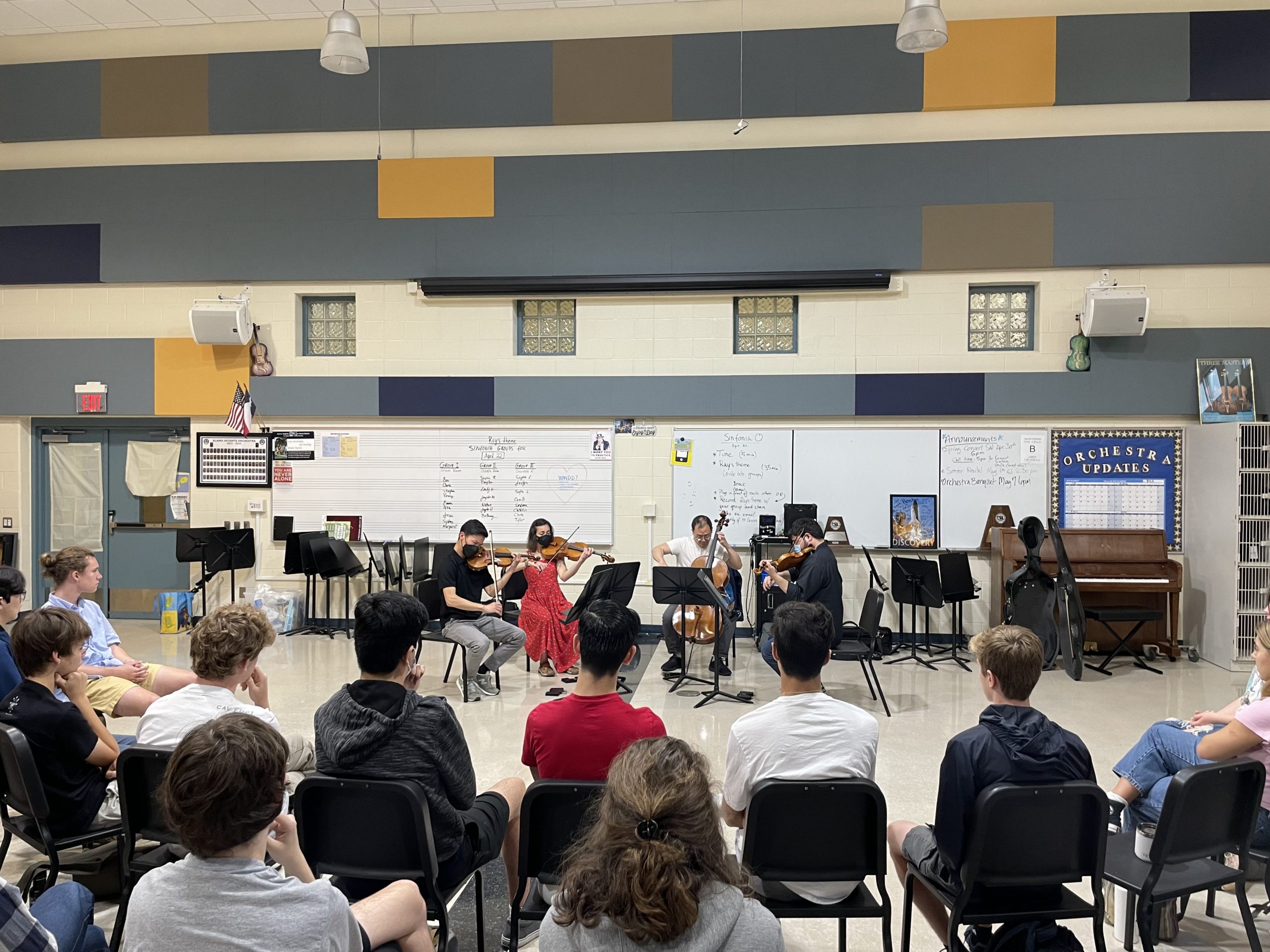 On Monday, April 25 at 10:20am, the Grammy Award-winning Parker Quartet arrived at Alamo Heights High School, entered the school orchestra’s large rehearsal room, set up their four stands, and tuned up. Assistant Strings Director Ignacio Gallego hushed his excited class of around 50 string students, graciously introduced the group, and handed things off to cellist Kee-Hyun Kim. With engaging energy, Kim gave context for the music they were about to play: Robert Schumann’s String Quartet no. 3 in A major, 2nd movement. He noted for the class the unusually optimistic and joyous nature of this quartet, as Schumann is often associated with the more enigmatic character of some of his later works, given his progressive mental descent. Giving the students some structural guidance in preparation for their listening, Kim also explained the movement’s theme and variations format.

Just as the previous afternoon in Temple Beth-el, their performance of the Schumann captured all the emotional abandon and vulnerability that any interpretation of Schumann’s music needs, but with a tasteful lyricism and constant dialogue that glued the movement together. As soon as the quartet finished, the room erupted with applause. 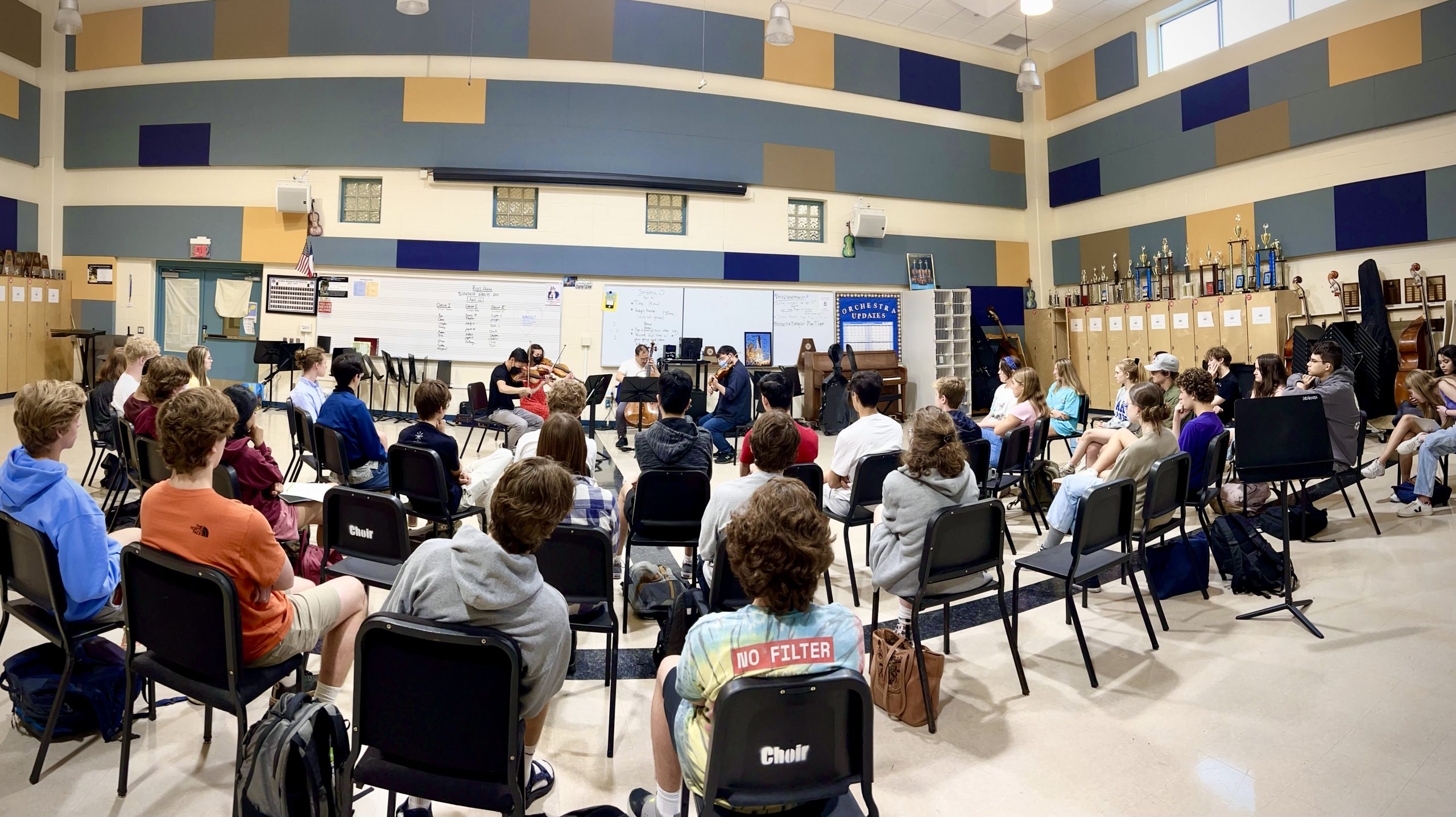 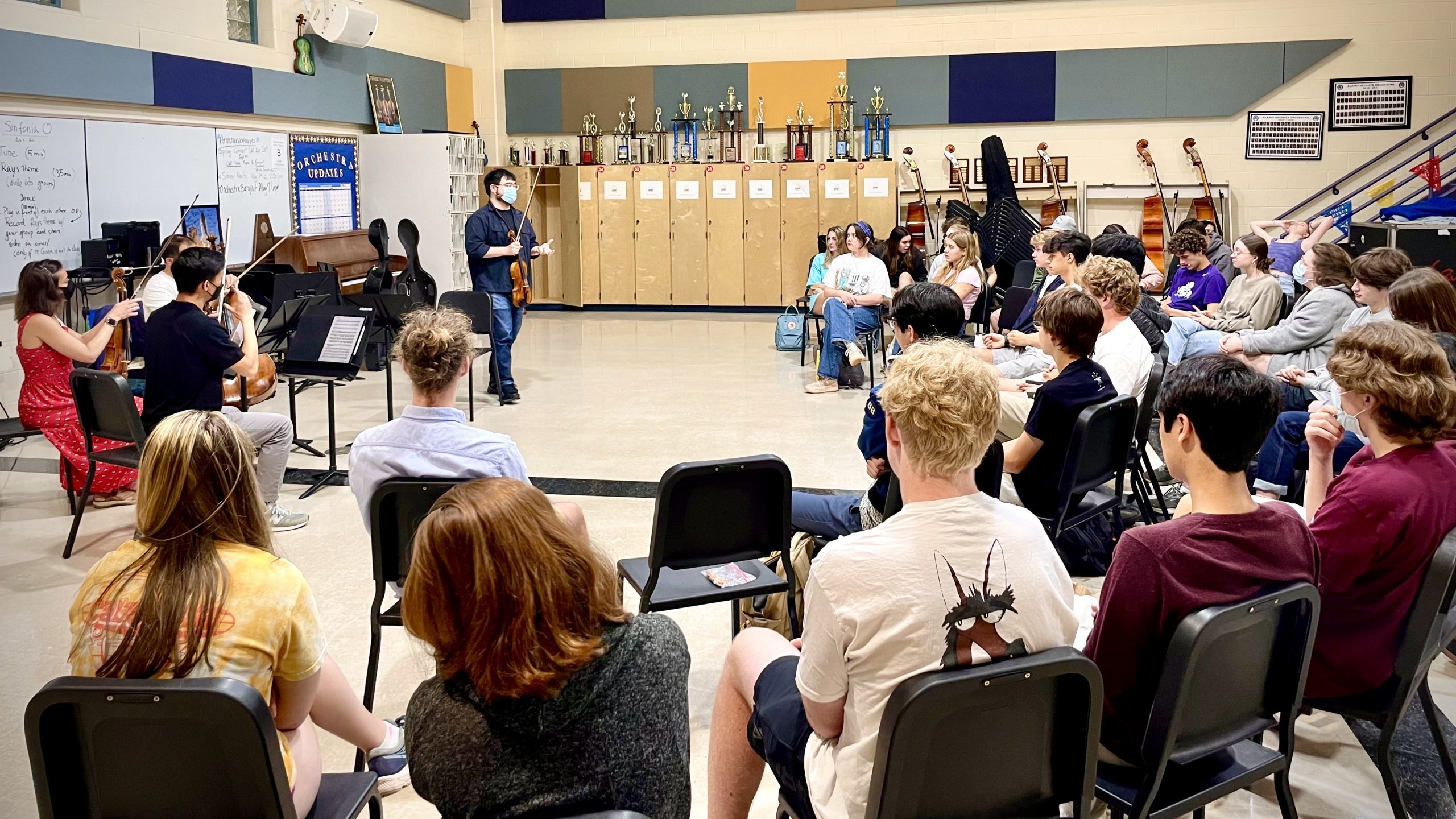 The entire session was an exemplar of SACMS outreach –  the Parker Quartet was engaging, effective, and deeply appreciated by students and faculty alike.

Violinist Ken Hamao took over to talk about their next excerpt, the first movement from Leoš Janáček Intimate Letters, a deeply personal and raw work that makes use of extended techniques for the instruments to evoke other-worldly sounds. After providing some biographical context, including Janáček’s unrequited love for a married woman more than half his age, the quartet gave another riveting performance that drew rapt attention from the crowd.

After another enthusiastic applause, first violinist Daniel Chong led an especially productive Q&A, in which more than ten students asked questions with topics ranging from quartet life and ensemble goals to rehearsal strategies. The entire session was an exemplar of SACMS outreach –  the Parker Quartet was engaging, effective, and deeply appreciated by students and faculty alike. Capping off the Spring with such a rich educational event was the perfect ending to a stellar season of chamber music.