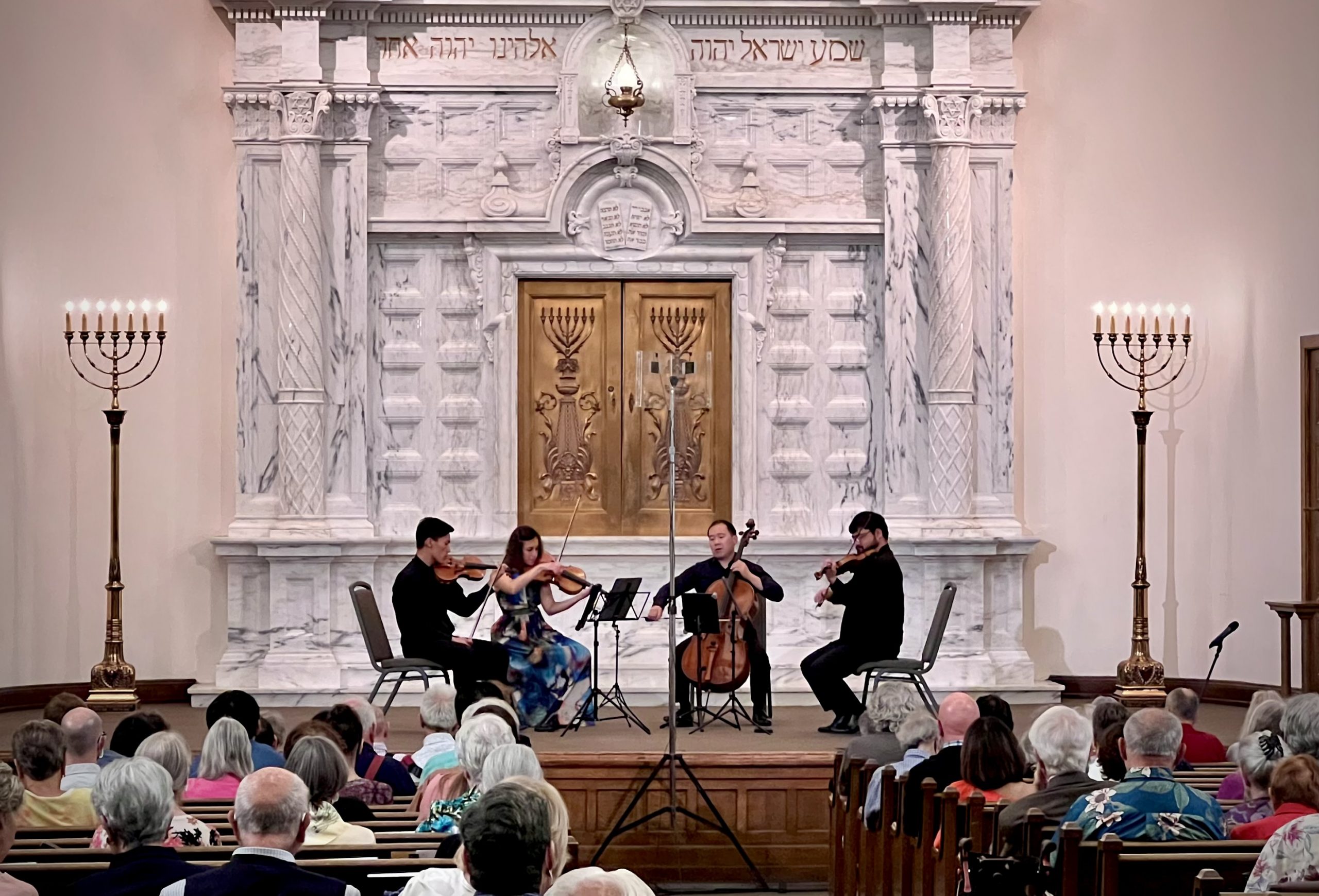 “Polish” seems an odd word to describe a string quartet, don’t you think?  I mean, you polish shoes, polish nails, even polish cars, but musicians?  But polish is absolutely the perfect word for the Parker.  Any striving chamber music group would kill for the polish of the Parker.

…a perfection in combining four instruments and four musicians into a flawless whole.

So what is polish exactly in this context?  It’s easier applied than explained.  You certainly know it when you hear it, but to describe is tricky.  It has to do with a perfection in combining four instruments and four musicians into a flawless whole.  In the context of music, we can probably readily identify a “polished performance”:  the pianist who doesn’t miss a note, the guitarist who doesn’t create that awful slide sound, the vocalist who effortlessly hits all the high notes.  But combining four ridiculously talented musicians into a conversation where no one “talks” over another, where harmonics blend and notes are perfectly enunciated by each instrument – well, folks, that’s polish.

Another feature of the Parker’s performance is confidence.  These four young virtuosi (Daniel Chong, violin, Ken Hamao, violin, Jessica Bodner, viola, and Kee-Hyun Kim, cello) tackled some very complicated compositions with a bravura usually seen in much more seasoned groups.  The Parker has been together for a scant eight years – and apparently, it was eight years of dedication to their music.  They were even confident enough to pull a fast one on the audience:  they slipped gently from the Bach Fugue right into the Janáček Quartet No. 2 without so much as a breath of a pause, and most of the audience was never aware of the transition from the organic structure of the Bach to the freer form of the Janáček.  When asked about this non-pause transition between two utterly different compositions, Mr. Kim said that it simply felt right to perform these two without interruption.

…no one else on the planet could perform this difficult music so well.

The third selection, Officium Breve in memoriam Andreae Szervánsky, Op. 28, is a composition I had never heard and, frankly, I had a hard time following.  Having admitted my failure, I still had to be in awe of the impeccable musicianship with which it was performed and the evident enjoyment of the musicians in performing it (maybe knowing that no one else on the planet could perform this difficult music so well).

Ending the concert with Schumann’s Quartet No. 3 in A Major also demonstrates some well planned and intelligent musical sense.  This is a very familiar piece of the concert repertoire, but I suspect the Parker performed it just to be able to say, “See?  You only think you’ve heard this!”  The shadings, the perfection of line and the precision of the musical conversation made this a masterful performance.

After having to postpone this performance twice due to Covid, I am so glad we were finally able to experience this remarkable string quartet.  It was well worth the wait.