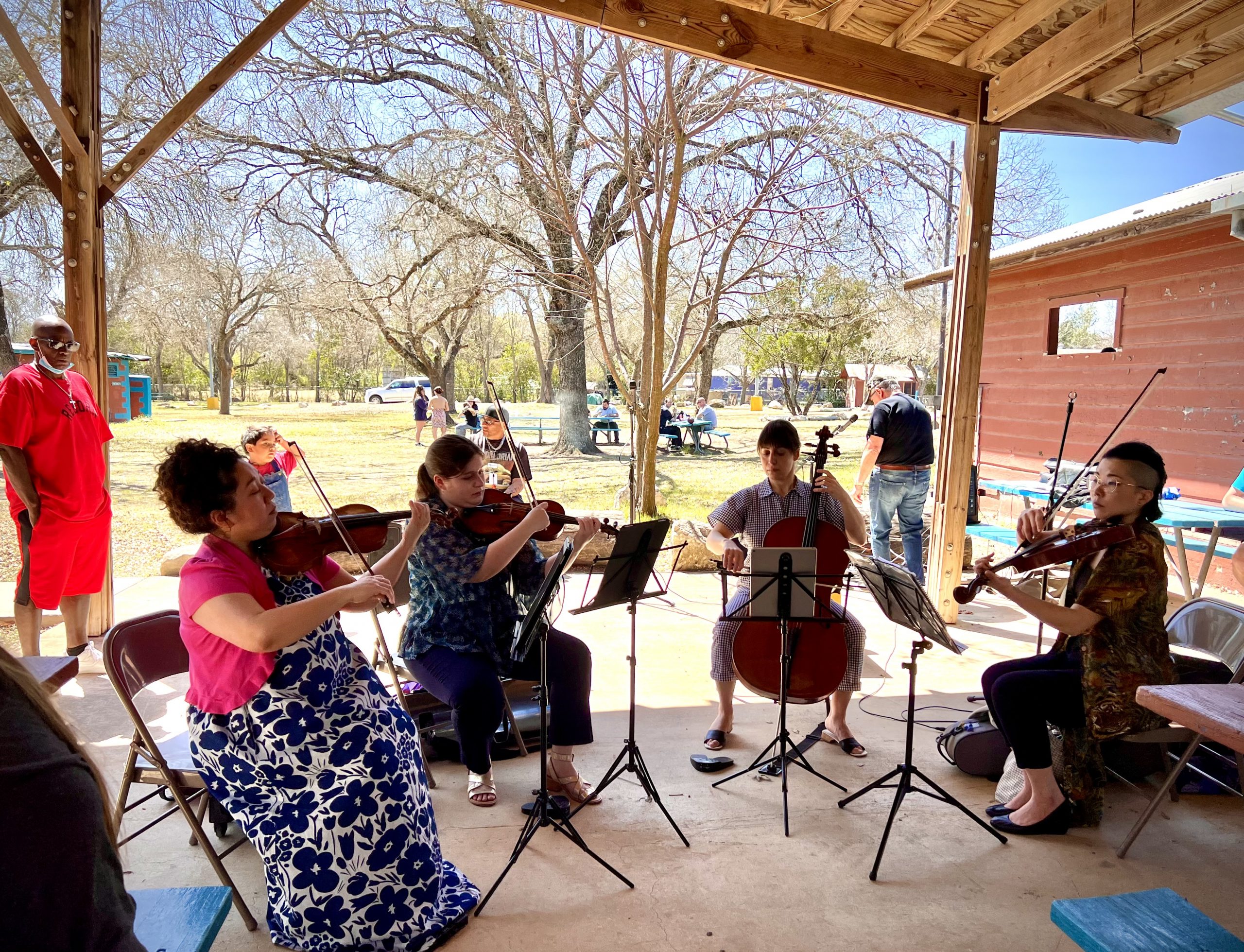 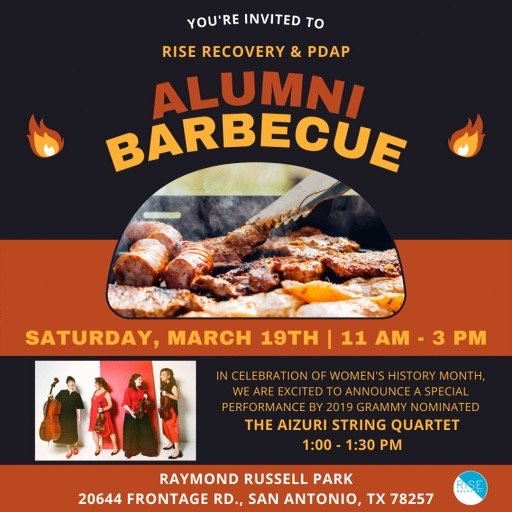 Last Saturday, March 19, the Aizuri String Quartet conducted an Outreach event which was extraordinary in many ways – it was outdoors, there was food and drinks and face-painting for the kiddies, it was a casual fun affair for a diverse group of folks with audience members drifting in and out of the pavilion where the music happened. It was the Rise Recovery Alumni BBQ!

The musicians of the Aizuri Quartet: violinists Emma Frucht and Miho Saegusa, violist Ayane Kozasa, and cellist Karen Ouzounian, accompanied by SACMS Board members Richard Elledge and Randolph Glickman, arrived at Raymond Russell Park shortly after 12:30pm on this chamber-of-commerce kind of day and were welcomed warmly by Rise Recovery team members: Eric Daxon (Family Peer Recovery Coach) who was also M.C. for the event, Liz Todd (Program Director), and Evita Morin (CEO). A little about Rise Recovery – it is a unique organization whose mission is to help teens, young adults and families overcome the effects of drugs and alcohol and to partner with the community in education and prevention. It also runs Rise Inspire Academy – San Antonio’s very first Recovery High School, considered one of the most effective and impactful ways to support youth in drug and alcohol recovery. In addition, Rise Recovery conducts a veteran peer support group that serves active duty, veterans and their family members. 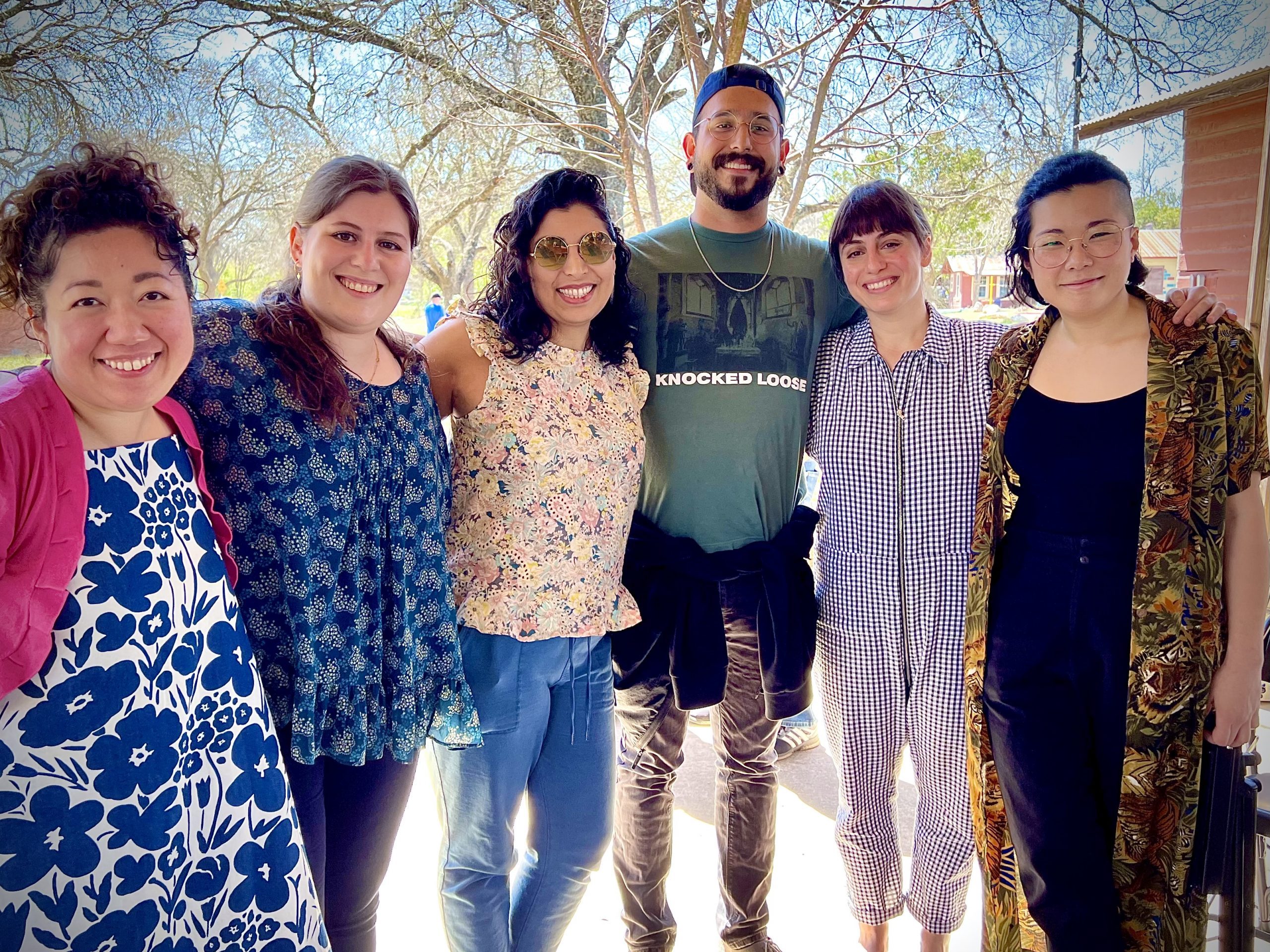 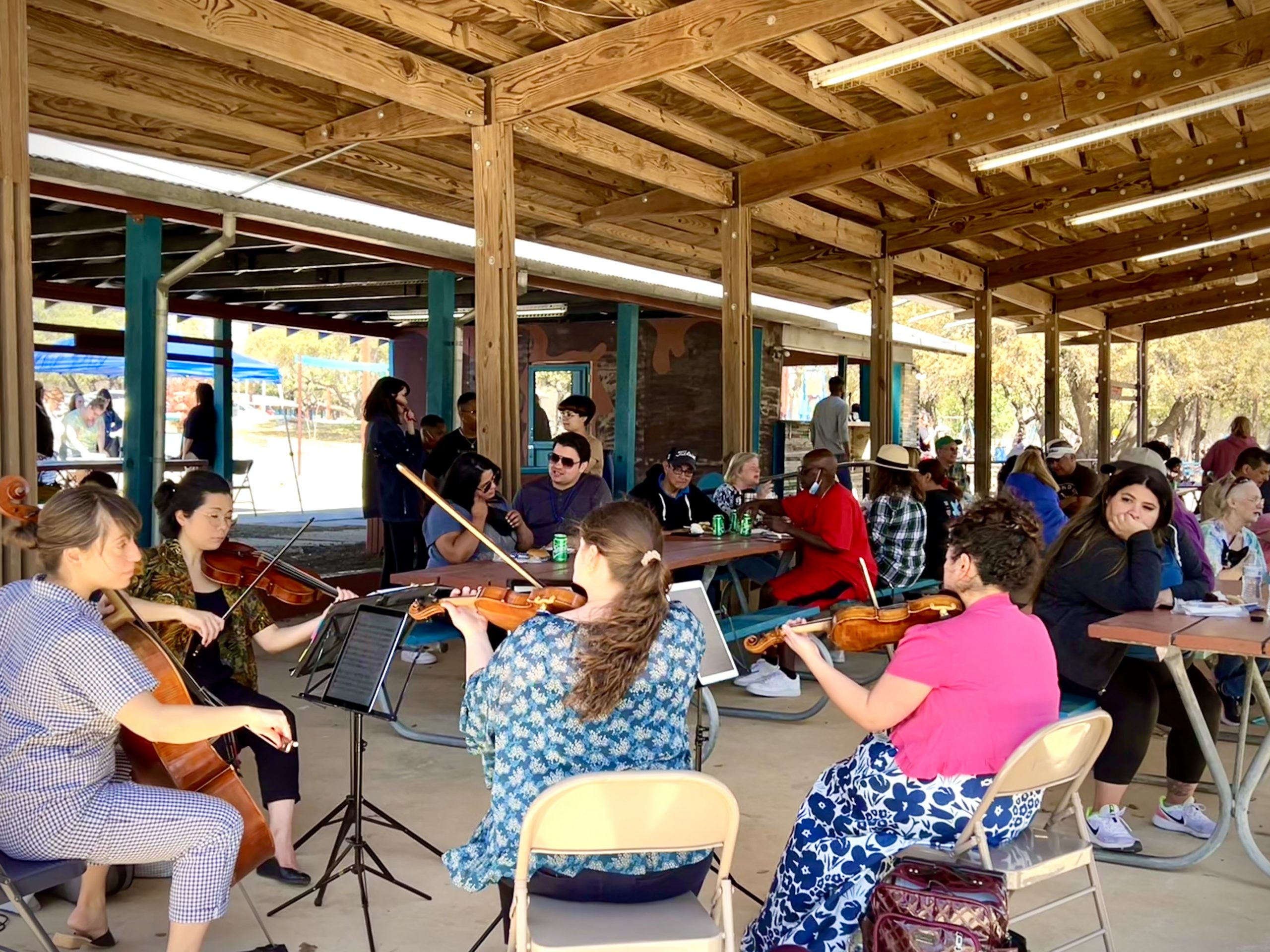 …the musicians took turns to demonstrate the many techniques they used to generate unconventional sound effects on their instruments, to the audience’s amazement and delight.

The musicians set up at one end of the long pavilion and the music began after Eric introduced the Grammy-nominated quartet to the audience. They started with Barbara Strozzi’s “The Modest Lover”, explaining that it was a piece about love and loss written by a woman from the 17th century, herself an illegitimate child who defied all odds to become a composer. The sound of the strings, probably not often heard at a barbeque, slowly drew the audience in – one little boy, resplendent in face-paint, exclaimed to his mother “This is CRAZY COOL!”  The Aizuri followed with “At the Purchaser’s Option” by Rhiannon Giddens – based on a defiant song inspired by a 19th century slave advertisement for a 22-year-old female slave whose baby was also available for sale (“at the purchaser’s option”). This tune, with its bluegrass vibes, really resonated with the crowd, toe-tapping was evident, and afterward there were repeated requests for the Aizuri to record it. The last work played was “Carrot Revolution” by Gabriella Smith – the musicians took turns to demonstrate the many techniques they used to generate unconventional sound effects on their instruments, to the audience’s amazement and delight. “Carrot Revolution”, a “celebration of that spirit of fresh observation and of new ways of looking at old things”, struck a chord with those who were listening, especially the jazz and blues musicians amongst them. One Blues man later said to me: “I did appreciate all the energetic rhythms and percussive sounds, but I REALLY loved it when they slowed down!”

The music ended with enthusiastic applause and many “THANK YOU!”s.  We were then all invited to partake in the delicious barbeque –  indeed, it was community engagement in the best sense of the word.