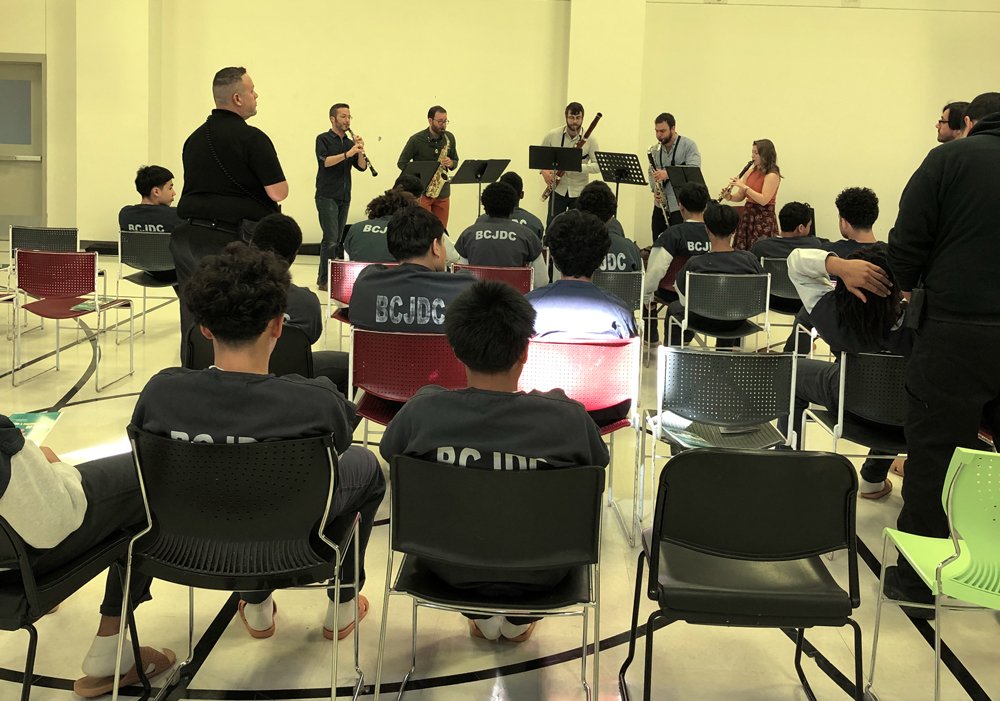 Monday morning January 27 was court day at the Juvenile Detention Center, so the lobby was bustling with lawyers and family members of San Antonio youth being held in detention.  The arrival of five musicians with music stands and instrument cases, and a cadre of board members, including San Antonio Judge Polly Spencer, was an anomaly in the day’s business.   We were escorted through the maze of hallways to one of the sparsely equipped gymnasiums where Akropolis was slated to present an educational concert.

The members of Akropolis gave a quick and tightly run concert which was varied and eclectic.  They played short movements from the works they performed on our series concert.  The musicians explained how their instruments worked, and even took the instruments apart so detainees could see how they fit together.  The reed players explained the difference between single reeds and double reeds.  The bassoonist “crowed” his double reed so students could hear how that sounded.  At the end of the concert, the group answered a few questions from the audience. 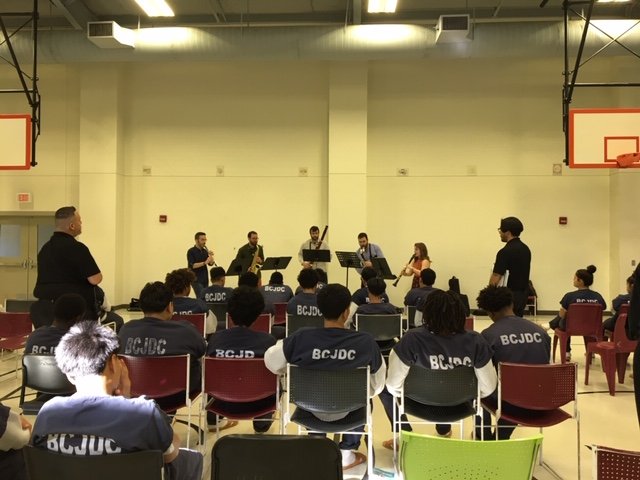 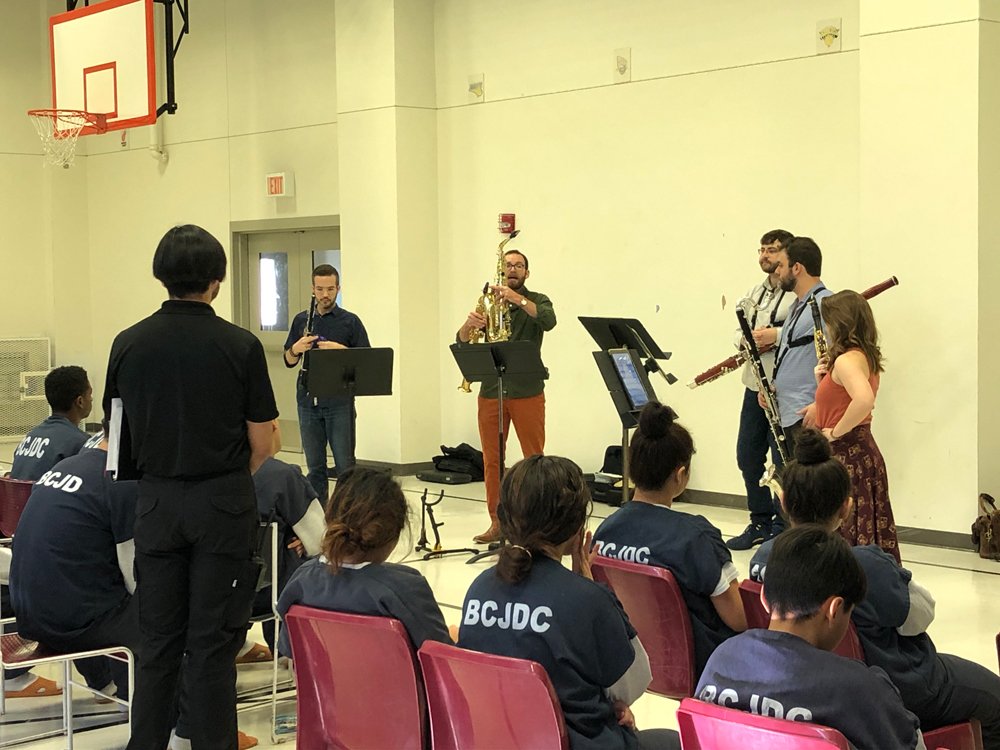 The SACMS is always pleased to be able to visit the Juvenile Detention Center.  We believe it is important for these young people, all of whom will be released back into society, to have an opportunity to observe professionals engaged in the work of their passion.

If you would like to support the Outreach events of the SACMS, please consider donating to the Mandel Trust for Education.