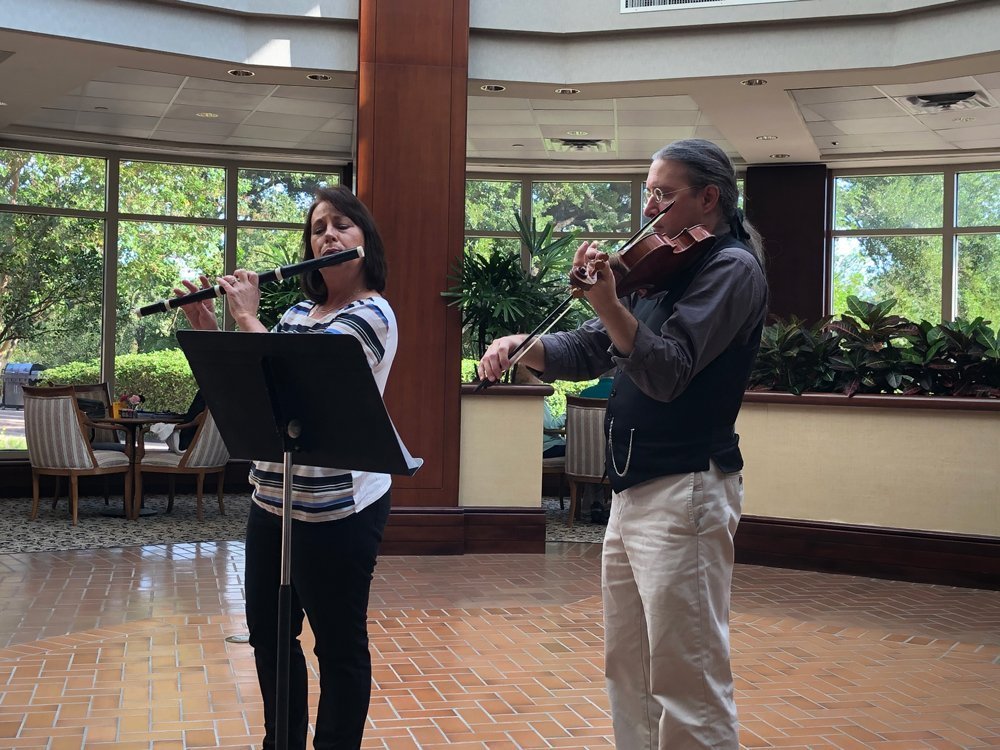 Apollo’s Fire Outreach at The Towers on October 7, 2019

On October 7, rejuvenated by one of the first cool mornings of our south Texas autumn, residents of The Towers enjoyed a delightful private concert of baroque violin and traverso music. Violinist Olivier Brault and traverso (wooden flute) player Kathie Stewart delivered an intimate performance under the beautiful vaulted skylight in The Towers lobby.  We watched puffy white clouds go by while listening to music of Telemann and Bach. Both musicians explained how their instruments came to be developed and how they differ from their modern-day descendants. Each musician performed a solo work displaying characteristics of the baroque period specific to their instrument. They followed up by playing several movements from a Telemann duet.

Olivier appears to be living stylishly with one foot in an earlier century.  He sports a long ponytail tied with a black ribbon and Benjamin Franklin style glasses. He also wore an old-fashioned vest accented with a gold watch chain dangling from the pocket.  He is the very embodiment of a baroque musician! 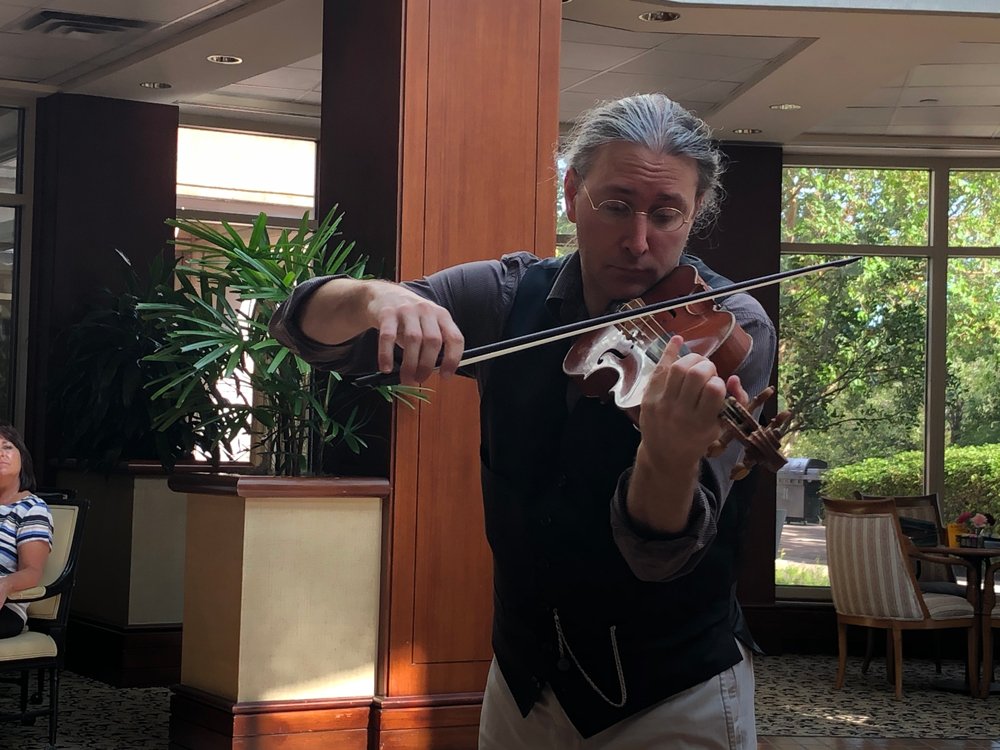 We are pleased to be able to present Outreach Events around our community. If you would like to support this activity, please consider making a gift to the Mandel Outreach Perpetual Trust.