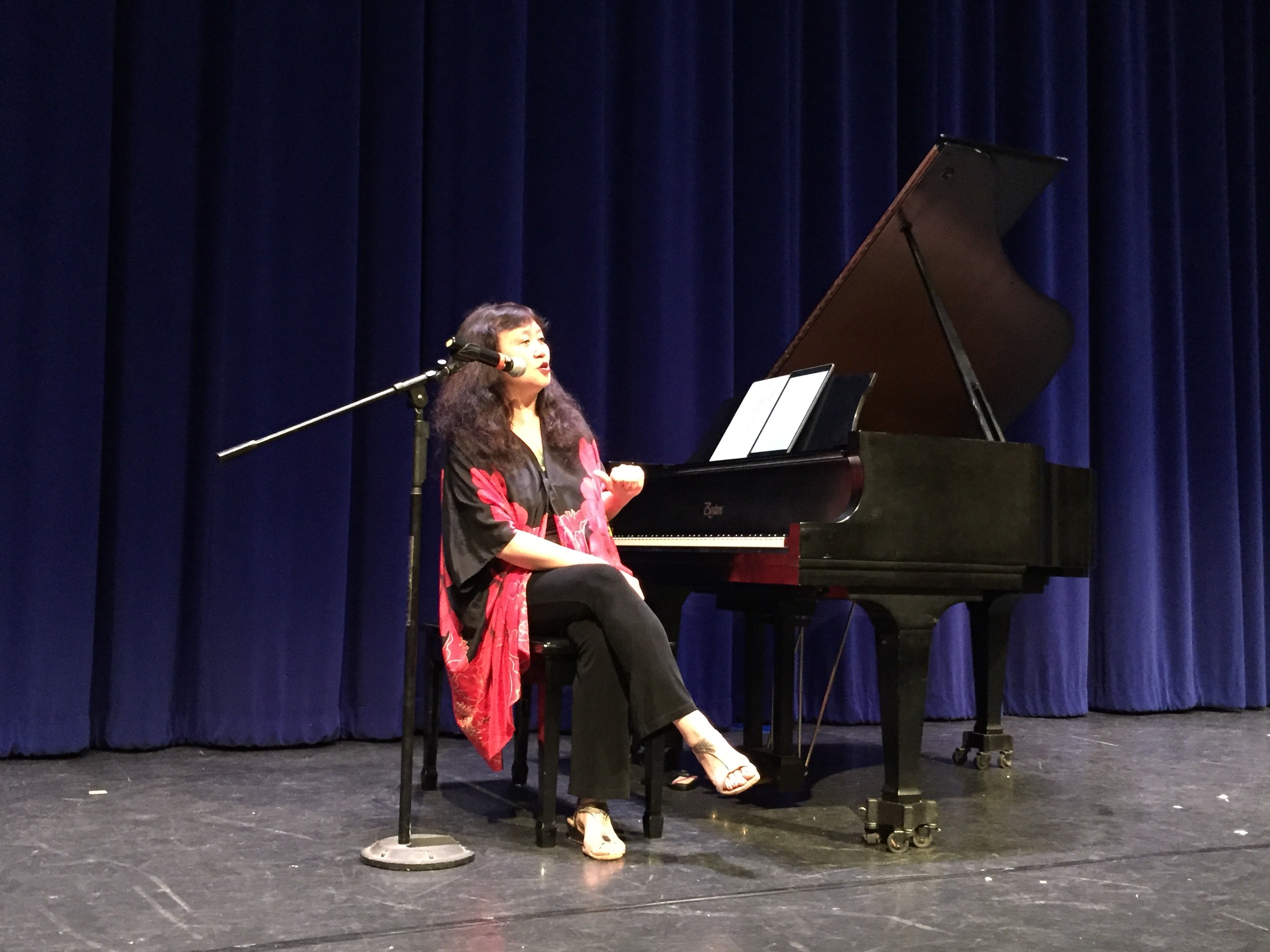 Following the Han-Setzer-Finckel Trio concert on Sunday April 28, pianist Wu Han gave a beautiful Outreach Concert at St. Mary’s Hall for around 250 students aged 14-17, faculty, and a handful of Chamber Music Society board members. Chaplain Cameron Gunnin set the scene beautifully with a vivid description of Wu Han that captured her multi-faceted career in a compelling way. The students were incredibly well-behaved, attentive, and respectful. It was obvious that they are well-shepherded by Chaplain Gunnin and the faculty at St. Mary’s Hall.

Wu Han talked about her life growing up in Taiwan and attending a private Catholic school where she had a rigorous training and education. She also described with infectious enthusiasm her many jobs ranging from performer, to arts administrator, to fund raiser, to educator. She played several works by Spanish composers Albéniz and Granados that she had recently performed on tour in Spain.

During the Q&A portion of the concert one young man asked Wu Han if she knew any music by French composer Erik Satie. She replied no, but that she had recently recorded the Faure Piano Quartets and advised that he should listen to them. She told the student that if he would give her his address, she would mail him a copy of the CD when it is released. Sure enough, I saw him up on stage after the concert exchanging addresses with her. She told me later that he had told her that listening to classical music relaxed him and allowed him to do better in basketball games! 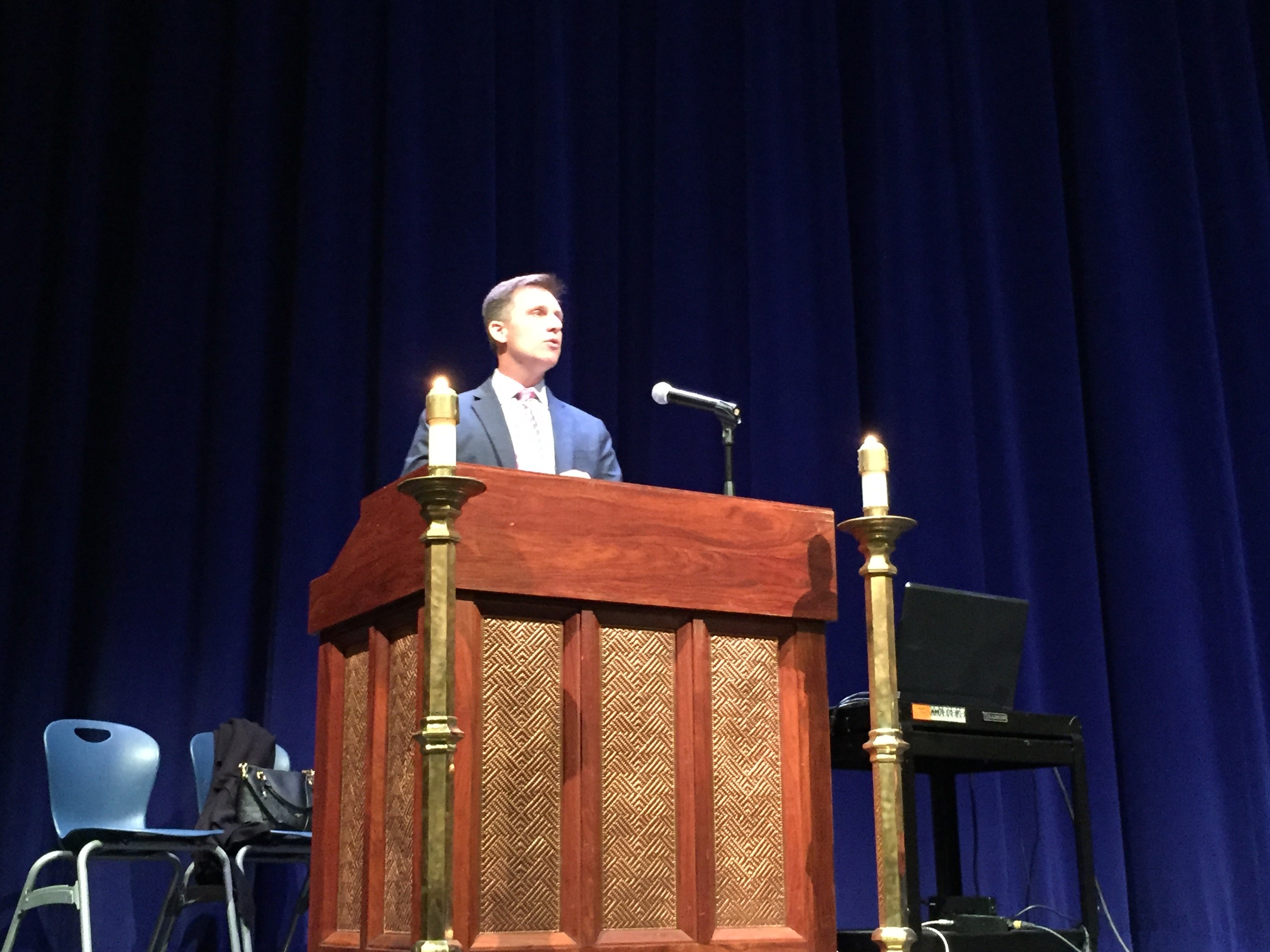 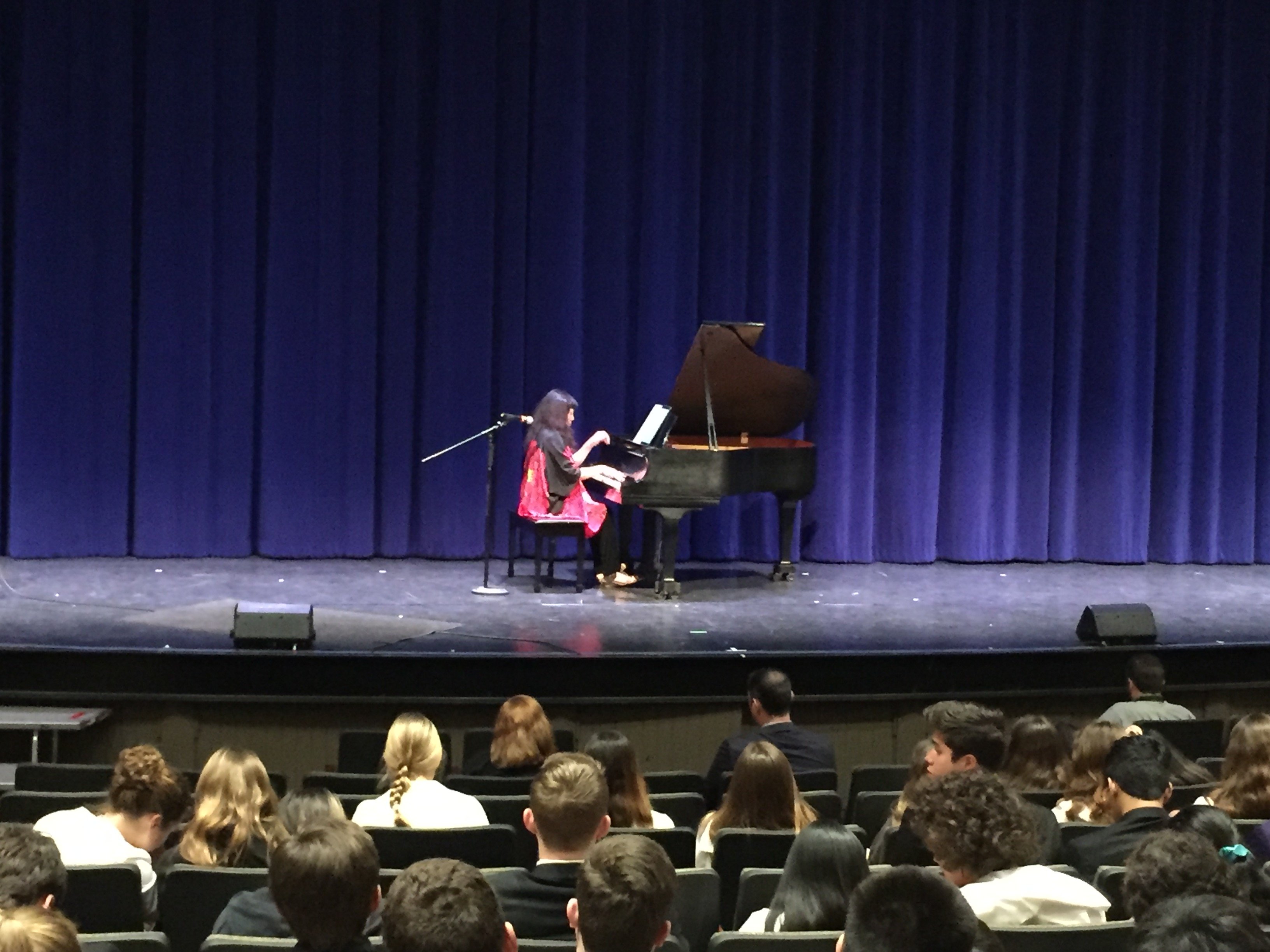 Throughout the Q&A Wu Han’s answers to the students’ questions were global in scope and had applications for skills in lifemanship.  Wu Han and her trio are amazing ambassadors for musicians in modern society.  It is obvious by the way the trio embraced every aspect of their visit here – from Wu Han’s brilliant introduction to the Sunday concert, to the beautiful expression of the playing, to the warm interaction with audience members after the concert – that they embrace a life dedicated to the celebration and nurturing support  of live music performance.