The audience at the Eighth Blackbird concert last Sunday were promised a novel and exciting experience; they got it.  If you were expecting four or five string musicians in their somber black suits and dresses performing the usual chamber music fare (16th, 17th and 18th Century composers with maybe a little 19th and 20th century thrown in for good measure), you were definitely surprised.  Rather than the usual, San Antonio Chamber Music Society presented the unusual: six very talented musicians performing very modern music on roughly a dozen instruments.

This was “experiential music” as opposed to “expected music.”  To explain: think about a painting by Georges Seurat, say “A Sunday Afternoon at the Island of the Grande Jatte,” a prime example of pointillism.  The reason it fascinates is a bit of a trick it plays on the brain:  you are deceived into believing you are looking at an ordinary Impressionist painting, but it is actually an impression of impressionism: thousands of tiny dots of paint, leading the brain to the experience of summer light and enjoyment.  The genre-bending compositions performed by Eighth Blackbird accomplished a similar feat.  They weren’t thematic in the usual sense – they were compositions by young composers and their fresh visions of classical music defy being shoved into a box.  Just as in the Seurat painting, it would be useless to try to pick apart each tiny color.  You simply have to take in the whole and just enjoy.  (I did wonder if others in the audience felt as chilled as I did during “The Clarity of Cold Air” or experienced the rocks and water tumbling in “Eroding.”)  The compositions crossed one genre line after another from jazz to blues to where-did-that-come-from to harmony to discord, from noise to barely perceptible whispers, from expected to totally amazing.  These talented musicians also managed to express humor and pathos with their varied instruments; it was apparent they richly enjoyed what they were creating.

The compositions crossed one genre line after another from jazz to blues to where-did-that-come-from to harmony to discord, from noise to barely perceptible whispers, from expected to totally amazing.

You may have observed there was very little in the way of sheet music in front of these guys and only after hours and hours of practice and trust in one another can a group improvise in the way they did.  Not that everything they performed was improvisation – far from it – but there were definite areas of pure “winging.”  I guess that’s the blackbird in this group. Returning to the expected (but, of course, also performed with the expected perfection), the last concert of our season is the Finckel/Han/Setzer Trio, a true standard-bearer for classical trios.  Come hear this beautiful performance April 28 at Temple Beth-El, 3:15 p.m.  Remember, students and active duty military are admitted free. – E Doyle 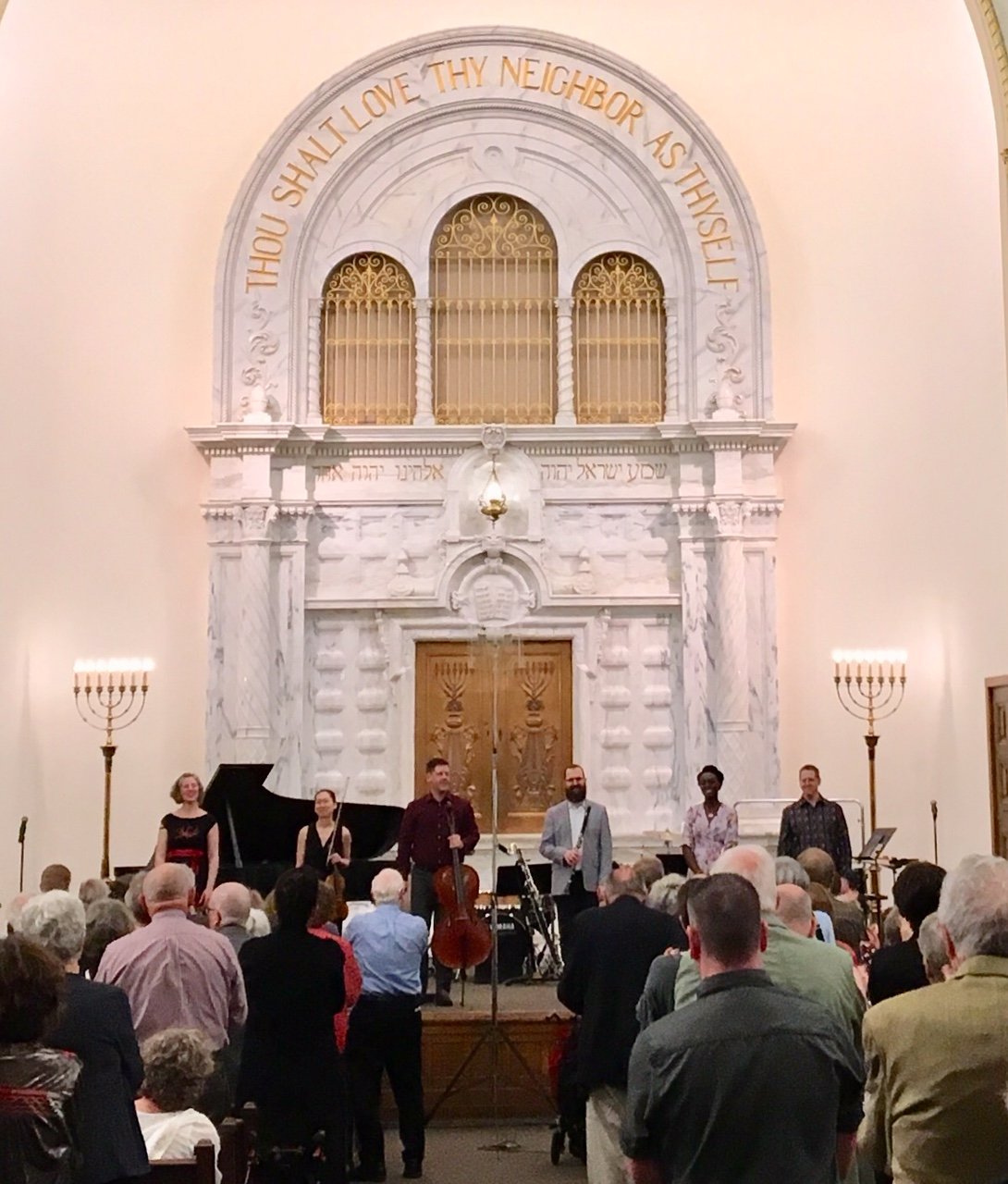