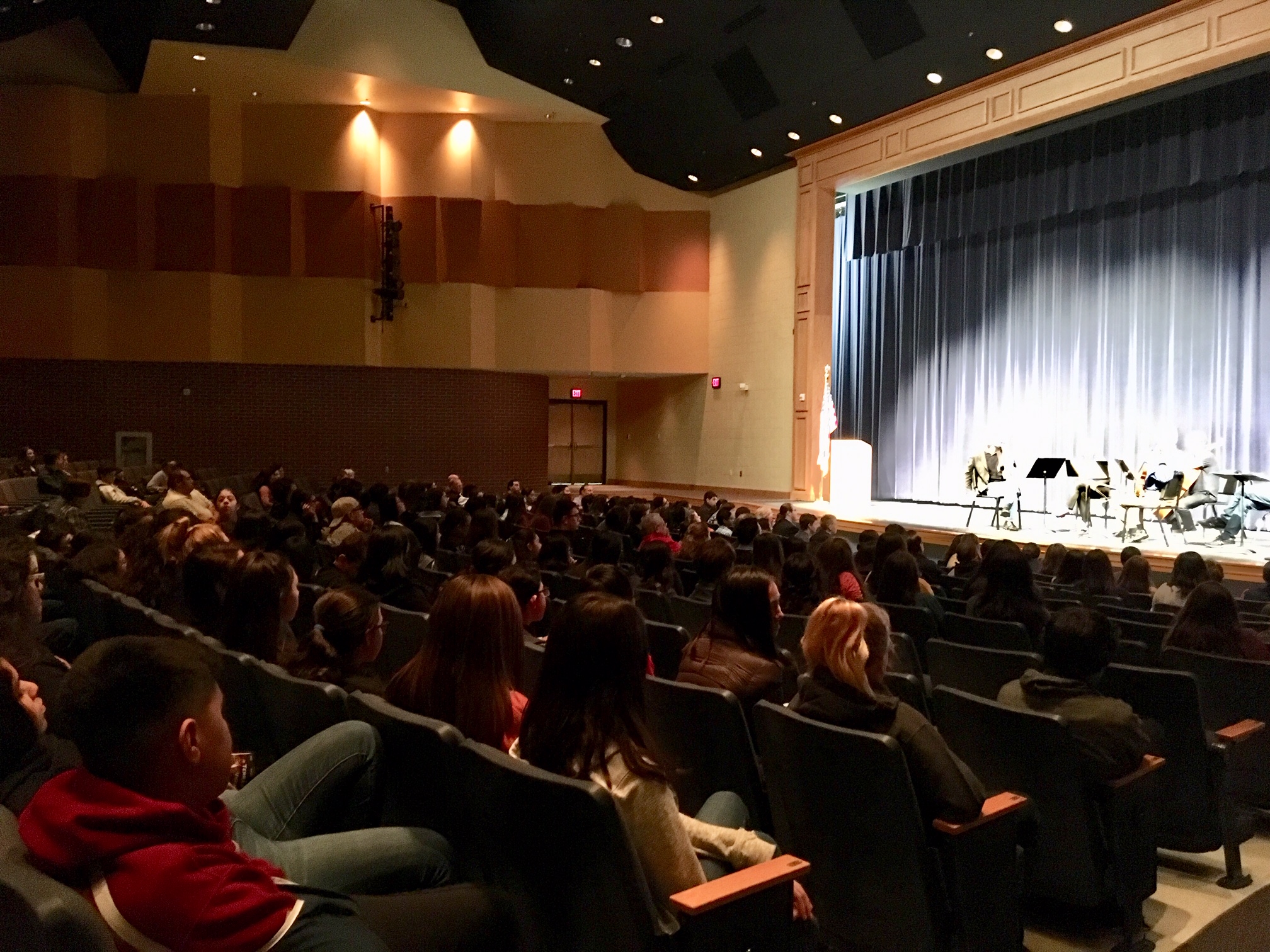 On Veteran’s Day, Monday, November 12, SACMS hosted one of its most exciting Outreach events ever.  It was exciting because we had 450 music students in the audience at Brandeis High School!  The American String Quartet along with poet, Tom Sleigh, pulled back the curtain and explained how they put together their marvelous program Lyric in Time of War.  For those of you who were lucky enough to be in the audience on Sunday, November 11, you know this was an unusual program in that it was without intermission or applause until the end.  And in between musical selections, there were readings by Mr. Sleigh and author Phil Klay.  The format was different at the Outreach as artists explained throughout the program how music sometimes says more than words, and the brevity of poetry can encapsulate the essence of a difficult topic such as war.

Mr. Sleigh read some poetry during the educational concert on Monday and explained how he chose the poems.  The mutual respect and synchronicity of spirit between the musicians and the narrator was palpable to all.  The quartet played portions of Shostakovich Quartet No. 8, Bach from Well-Tempered Clavier, Bartók Quartet No. 6, and Beethoven Op. 95 Serioso, all music they chose to express some aspect of war.  Or in the instance of the Bach work, peace. 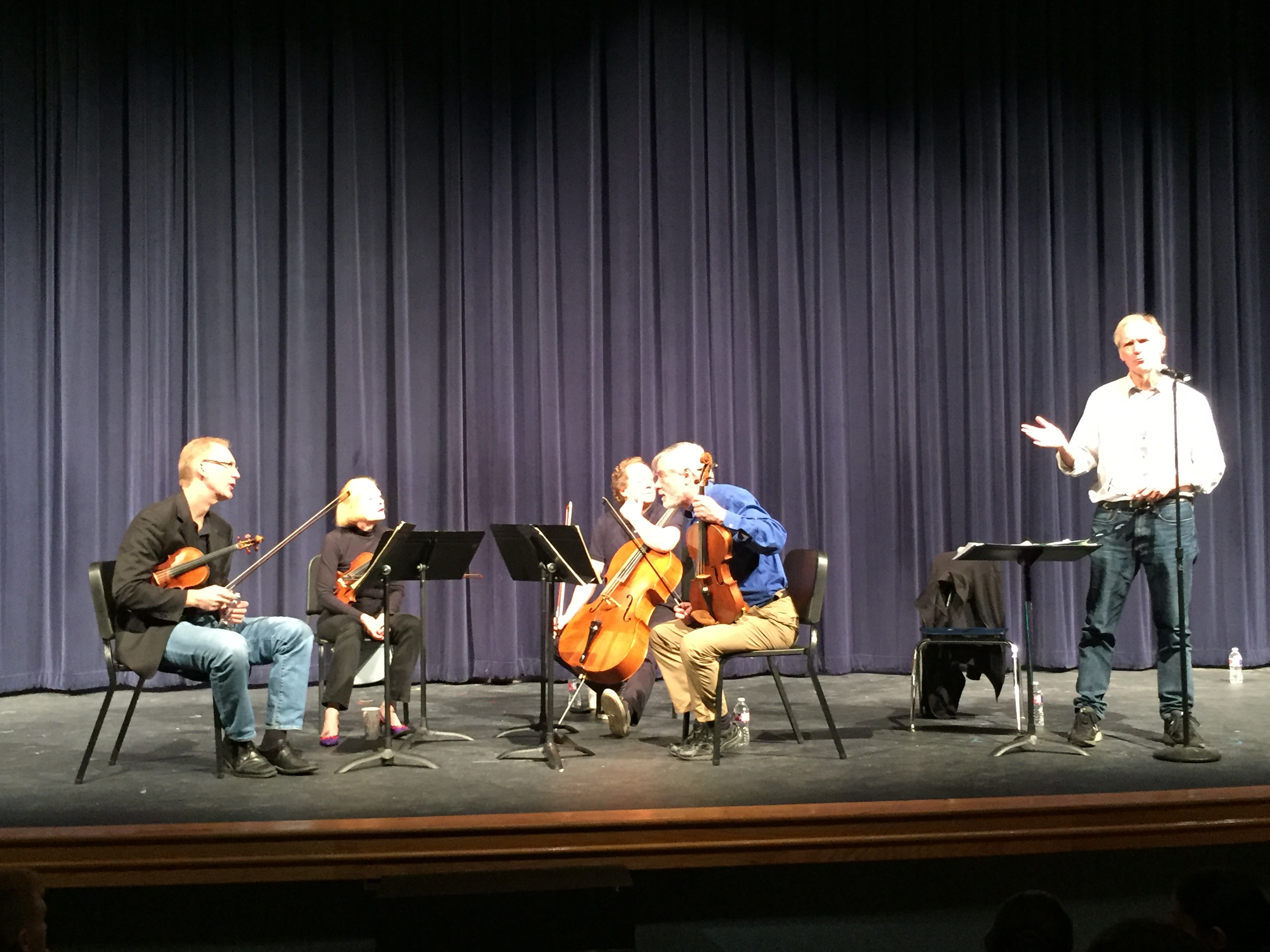 The students showed maturity in their numerous insightful and thoughtful questions; they were also rapt with attention when listening.  Much of the credit for this extraordinary educational experience goes to Kevin and Jennifer Garcia-Hettinger who are music teachers at Brandeis High School and private string teachers.  Kevin went out of his way to bus in several middle school classes of music students.  We are grateful to have such generous mentoring in our community for the next generation of musicians.

If you enjoy knowing about our Outreach events and want to support more, please consider making a gift to the Mandel Outreach Perpetual Trust. Details at www.SACMS.org.