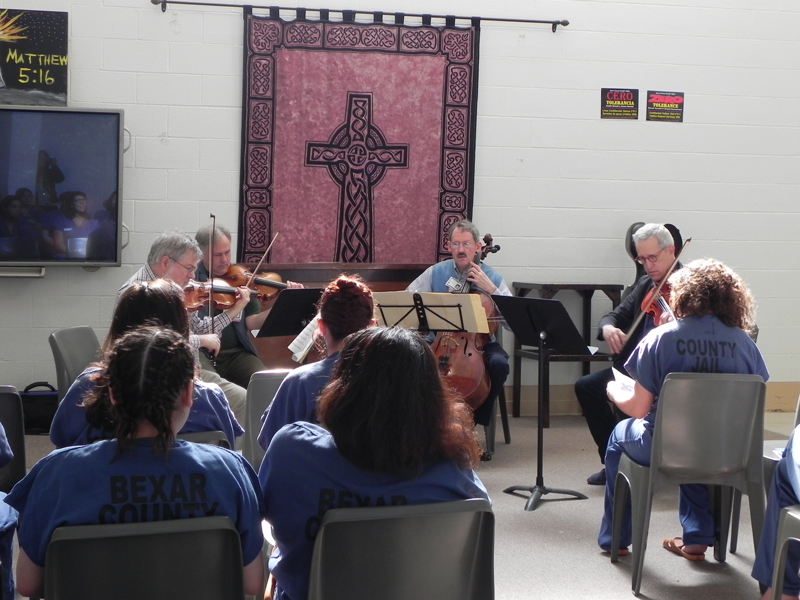 On a beautiful San Antonio spring morning with crisp temperatures, Kenneth Bloom and I set out with the Orion String Quartet on a trip to the Bexar County Jail.  The jail has a population capacity of 6,000 and the inmates are awaiting trial.  The wait can be up to 2 years.  Orion’s music touched the souls of only the tip of the iceberg, but in such circumstances even one touched soul means everything.

We started out in the Chapel in the Annex where women are housed.  The setting was stark with only blue plastic chairs for people to sit, a rustic altar, and a few colorful posters with biblical verses.  There was a bank of windows about 30 feet above the floor that let in peaceful natural light.  Violist, Steve Tenenbom, set a casual atmosphere chatting easily with the women who were all dressed uniformly in navy blue jumpsuits.  At one point Steve asked if any of them played instruments.  About 15 raised their hands and Steve went patiently around the room allowing every woman to say what they played.

The quartet played several movements from the program that they played on Sunday for the SACMS.  The notable moment in each chapel was when they played the Cavatina movement from Beethoven’s Op. 130.  One could have heard a pin drop during this hauntingly gorgeous and introspective music. 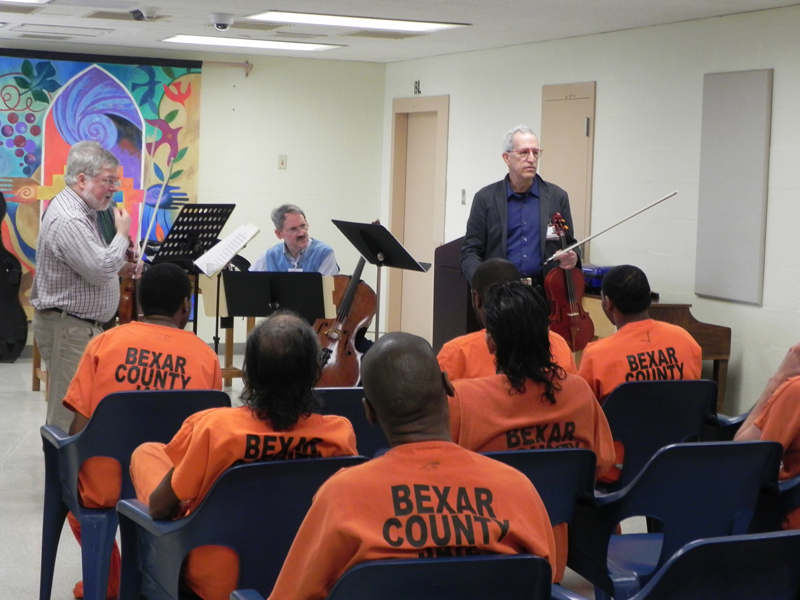 After 45 minutes, the quartet packed up and we headed over to the main building where they played in the men’s Chapel.  The dynamic was quite different.  The men, dressed in orange jumpsuits, were much more extroverted in their reactions calling out their (quite perceptive) observations about the music.  Again, the Cavatina noticeably calmed the audience.

It was a privilege to share this experience with the Orion Quartet who were true diplomats sharing their art and generosity of spirit and good will.