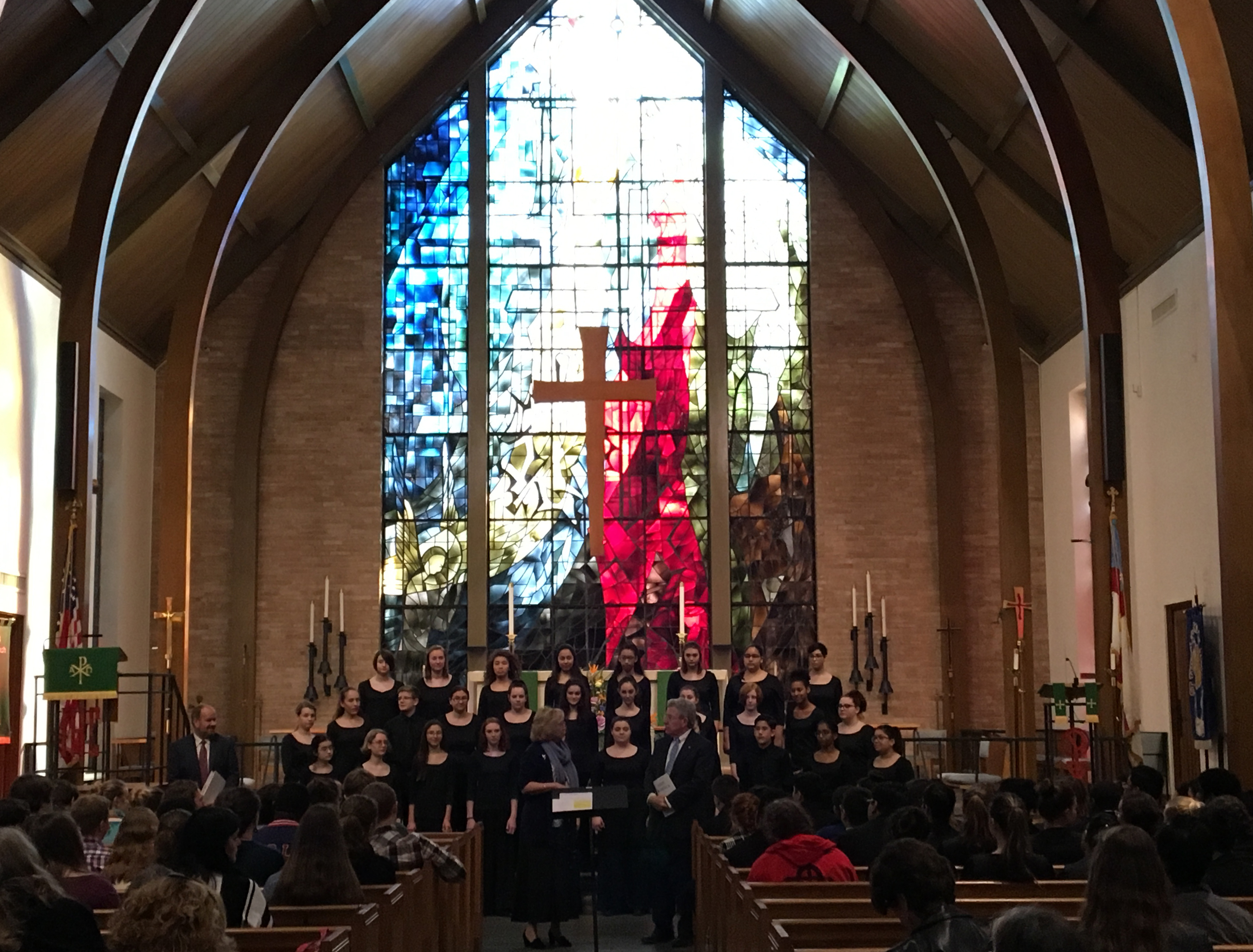 On January 22 we were lucky to have Fred Scott lead a masterclass for three school choirs.  The class lasted an hour and a half with each choir receiving 30 minutes of coaching by Mr. Scott.  The participating choirs performed in order of age beginning with Children’s Choir of San Antonio comprised of 5th-7th graders.  They were followed by the Madison High School Choir, and then the Trinity University Chorale.  Each choir sounded magnificent and went from great to greater!  The inspiration of being in one of the most visually and sonically superior churches in San Antonio, St. Luke’s Episcopal Church, was a bonus.

The love of making music could be seen on the face of every chorister.  And then when Fred began to coach each group they showed the eager and joyful expressions of learning and improving.  Fred talked about hard and soft vowels and consonants, head-bobbing, French and Italian pronunciation, and more.  He also instructed the choir members to look at the audience and not always be glued to the conductor.

This masterclass was a unique experience among our many outreach events.  We are most grateful to the amazing musicians of Chanticleer and their equally amazing Music Director, Fred Scott for an extraordinary weekend.

Our kids are already getting warmed up and they sound glorious 😊 we hope you are on your way to hear it in person!

Posted by The Children's Chorus of San Antonio on Monday, January 22, 2018